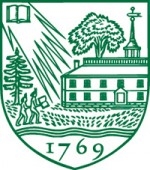 At Bates, she designed the college’s response to sexual misconduct; led the school’s Title IX task force; developed and implemented policies regarding sexual violence; oversaw and conducted college-wide education and prevention programming concerning Title IX, the Clery Act, and related statutes; and managed the institution’s Title IX audit. During 2011-13, she also served as special assistant to the president for diversity and inclusion and as acting director of the office of equity and inclusion.

“Heather brings an exceptional combination of experience, skills, and vision to Title IX/Clery work,” said Dever. “Her proven leadership will advance Dartmouth’s efforts to comply with the increasingly complex array of federal requirements in this area and to maintain a welcoming, safe, and inclusive environment.”

Lindkvist will serve as the principal Dartmouth official responsible for the administration of policies, procedures, and data collection to ensure compliance with Title IX of the Education Amendments of 1972, the law that bars sex discrimination in federally-funded educational programs, and with the Jeanne Clery Disclosure of Campus Security Policy and Campus Crime Statistics Act, which requires universities to report on policies and statistics concerning campus safety and related matters.

An anthropologist by training, Lindkvist has served as a lecturer in the Department of Anthropology at Bates. She has conducted and published research on the Somali community of Maine, among other subjects, and has been a frequent presenter on student engagement, educational diversity, and Somali culture. She has also represented Bates on the New England Consortium on Assessment and Student Learning, a multi-institutional, longitudinal study of diversity, student learning, and academic engagement.

“I am thrilled to be joining Dartmouth at this pivotal moment in the college’s history,” said Lindkvist. ”Dartmouth has long been recognized as a leader in undergraduate and graduate education. President Hanlon’s commitment to creating an institution free of sexual violence further demonstrates this excellence. I look forward to collaborating with faculty, staff, and students to develop an integrated, comprehensive approach to meeting the mandates of Title IX and the Clery Act.

“In partnership, we can create a campus climate that promotes respect, equality, and civility, where sexual violence and gender-based harassment are not tolerated, and which ensures the safety and well-being of all community members,” she said.

“Heather has proven herself to be a dynamic and highly productive administrator capable of managing multiple roles,” said Donin. “At Dartmouth, she will also play a number of different and critical roles—all of them vital to our efforts to eliminate discrimination.”

Dever thanked Evelynn Ellis, vice president for Institutional Diversity and Equity, for carrying out the responsibilities of Title IX coordinator, in addition to her other duties, prior to the establishment of the new Title IX/Clery position.

Lindkvist will divide her time between Dartmouth and Bates through July before moving to Hanover in August with her 9-year-old daughter, Aurelia.