Megan Krumpoch ’14 will run for a national title on Friday night in the 800 meters after earning the final at-large berth in the event’s semifinals on Wednesday afternoon at the 2014 NCAA Division I Outdoor Track and Field Championships in Eugene, Ore. 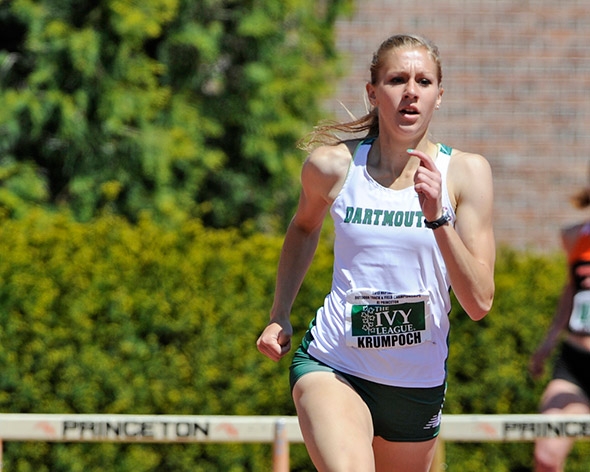 In front of nearly 10,000 spectators at Oregon’s Historic Hayward Field on the first day of competition, Krumpoch overcame what appeared to be too much ground to make up after 400 meters, only to use a huge kick in the last 200 meters to send her to Friday’s final at 8:25 p.m. EDT.

Krumpoch is the first Dartmouth woman ever to qualify for the 800-meter outdoor final.

By advancing to the finals, Krumpoch guaranteed that she will be a First Team All-American yet again, her third such honor of 2014 and the fourth of her career.