At the track and field competition at the East Regional championships in Jacksonville, Fla., five Dartmouth student-athletes earned trips to the NCAA outdoor championship meet June 11-14 in Oregon.

Megan Krumpoch ’14 qualified in the 800-meter race. She’ll be joined by teammates Abbey D’Agostino ’14 and Dana Giordano ’16 in the 5,000-meter. This will be D’Agostino’s fourth trip to the outdoor championships. 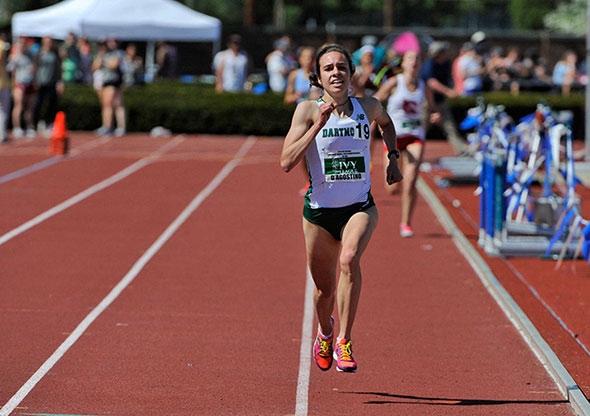 On her fourth trip to the NCAA Outdoor Track and Field Championship meet, Abbey D’Agostino ’14 will be joined by four Big Green teammates. (Photo by Tim O’Dowd)

Dartmouth Athletics hosts a watch party for the women’s 5,000-meter race beginning at 5:30 p.m. on Saturday, June 14, in Memorial Stadium. The event is open to the public.