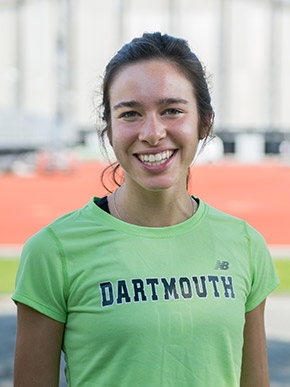 In this 2012 video, after capturing her first NCAA Championship in the 5,000-meters, D’Agostino discusses what goes through her mind during a race and what she’s thinking when she crosses the finish line. “As I cross the finish line, it’s an incredible feeling of pride, just for working incredibly hard when your body is fatigued,” says D’Agostino. “And those last couple of laps are really just gutsy for everyone that’s out there in the lead pack. It’s a really great feeling to come across the line with nothing left, a feeling that this moment is what you’ve been working towards.” 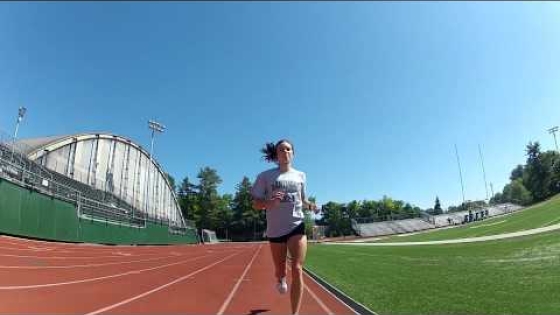 Dartmouth will host a viewing party for Abbey D’Agostino’s final race. The event, which is free and open to the public, begins at 5:30 p.m. on June 14 in Memorial Stadium.

Follow Abbey on social media by using the #RunWithAbbey hashtag.

Watch another video of D’Agostino talking with Dartmouth Athletics about her upcoming race.