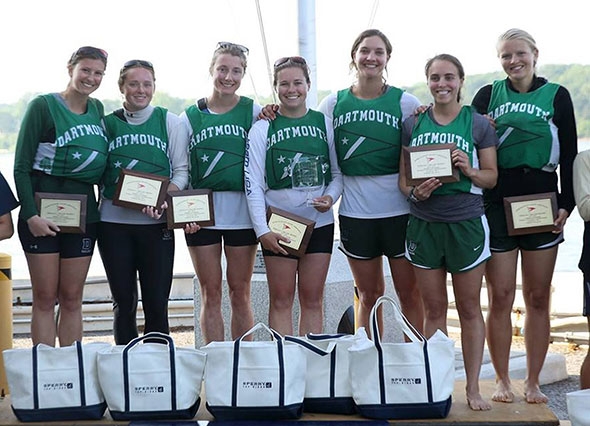 Dartmouth’s women’s sailing team brought home the Inter-Collegiate Sailing Association championship for the second year running, topping Yale and other collegiate competitors in a regatta held on May 30 in Annapolis, Md. Dartmouth’s back-to-back wins mark the first championship repeat by an institution since 1994.

This is the fourth time that Dartmouth has won the Sperry Top-Sider Women’s National Championship, with previous victories coming in 1992 and 2000.

Deirdre Lambert ’15 tallied a repeat of her own, as she was named Quantum Women’s Sailor of the Year. Lambert is the first person to win the award twice since it was launched in 2003.