Since graduation, Daniel Susman ’10 has spread the word about the sustaining value of urban farming through his documentary Growing Cities, which has been screened in more than 200 communities and at 25 film festivals worldwide. 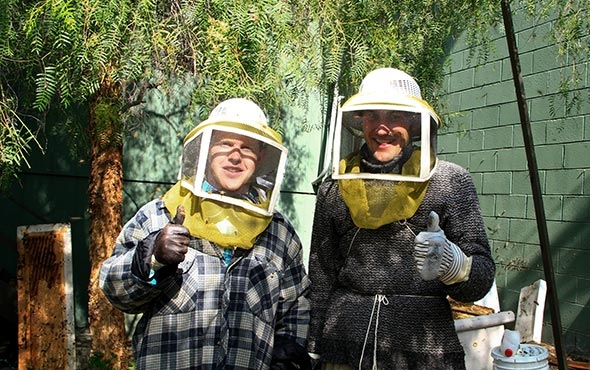 Now he is turning to crowdfunding to air his message nationally through the Public Broadcasting Service (PBS). He and co-producer Andrew Monbouquette, a childhood friend from Omaha, Neb., have set a goal of raising $30,000 by July 9 through the Kickstarter website to cover the cost of showing the film on television.

“We’ve been accepted by American Public Television to reach a guaranteed 80 percent of PBS stations,” says Susman. “But we have to secure the funds for broadcast, including the costs of editing and conforming the film to PBS standards.”

The documentary, which captures Susman and Monbouquette’s two-year road trip visiting urban farmers across America, was funded in part by the Department of Film and Media Studies’ Blair Watson Award, which Susman received in 2010, as well as through support from the Environmental Studies Program and a Dartmouth General Fellowship.

Susman graduated with a double major in biology and environmental studies, and was involved with the Dartmouth Organic Farm. 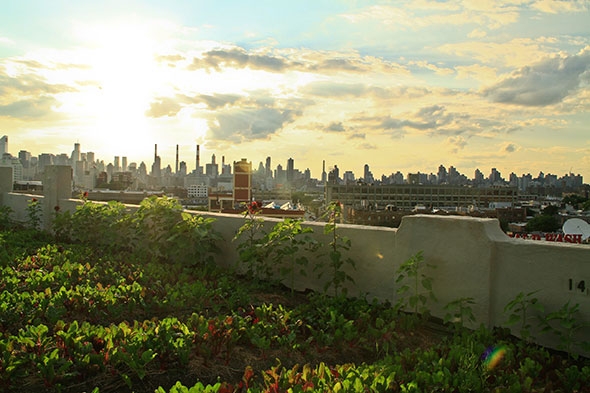 In a scene from the documentary “Growing Cities,” greens flourish at the Brooklyn Grange Rooftop Farm in Queens, N.Y. (Photo courtesy of Daniel Susman ’10)

“My experiences at Dartmouth showed me that every single one of us can have an impact on the world. My calling was sustainable agriculture,” Susman says. “Obviously we’d love to see the film on public television.“

But ultimately, he says, the public decides. Since Kickstarter is all or nothing, the project must meet its goal of $30,000 by July 9 for the filmmakers to receive any of the funds pledged. As of June 30, they had raised just under $12,000 toward the goal, with nine days left to pledge.

“We’d love to have folks of all ages catch it while flipping channels, and maybe get inspired to start a garden,” he says. “Or even just plant one seed.”

For more information and to view a trailer of the film, visit the Growing Cities Kickstarter page.