The Dartmouth Summit on Sexual Assault begins Sunday with opening remarks from Dean of the College Charlotte Johnson and U.S. Rep. Ann McLane Kuster ’78. Participants in the weeklong conference will include more than 50 colleges and universities, national experts in the field, and officials from the White House and the U.S. Department of Justice and the Department of Education. 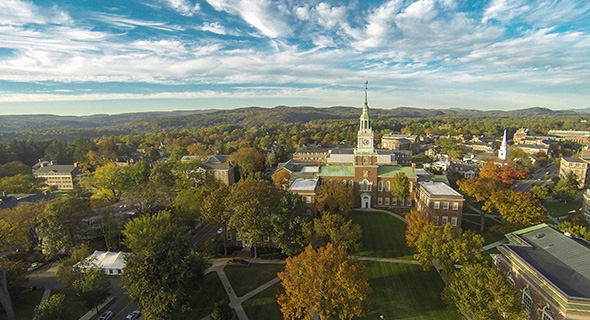 Kuster (D-N.H.), who graduated from Dartmouth a year after President Phil Hanlon ’77, has been outspoken in the push for House hearings on sexual assault in the military and for passage of a bill protecting military sexual assault whistleblowers.

The summit includes two full days, on July 14 and 15, featuring plenary sessions open to the public on a wide range of issues, including the role of the media in promoting a “rape culture,” federal perspectives on campus sexual assault, a review of the First Report of the White House Task Force to Protect Students from Sexual Assault, and a survivors panel.

The summit was organized by Johnson’s office in cooperation with David Lisak, a nationally recognized forensic expert on sexual assault; Claudia Bayliff, an attorney and educator who works on sexual assault issues; and President Hanlon, who in April called for an end to high risk behavior on campus. In an April 11 campus gathering of students, faculty, staff, and alumni, Hanlon laid out an initiative known as “Moving Dartmouth Forward” to promote reform.

Johnson, who leaves the College at the end of July to take over as vice president for student affairs and dean of students at Scripps College in Claremont, Calif., has led initiatives to address high risk behavior at the College since she became dean in 2011. On June 19, her office put into effect a revised student disciplinary policy that requires that an independent investigator look into complaints of sexual assault and provides for mandatory expulsion in some cases.

Featured speakers during the open sessions include Lisak; Catherine Lhamon, assistant secretary in the Department of Education’s Office for Civil Rights, which oversees Title IX enforcement; and Lynn Rosenthal, the White House adviser on violence against women and former executive director of the National Network to End Domestic Violence.

Lisak and Hanlon will open the first full day of the summit with remarks at 9 a.m. Monday in the Hopkins Center for the Arts’ Spaulding Auditorium. All of the open sessions will be held in Spaulding, with the breakouts for registered attendees at other locations on campus.

Provost Carolyn Dever will conclude the summit with remarks at the closing plenary session at 4:45 p.m. Tuesday. Dever, a scholar of gender studies and 19th-century British literature, took over as Dartmouth provost on July 1 after more than six years as dean of the College of Arts and Science at Vanderbuilt University.

Speakers at the SummitFeatured speakers during the plenary sessions, which are open to the public and the media, will include: