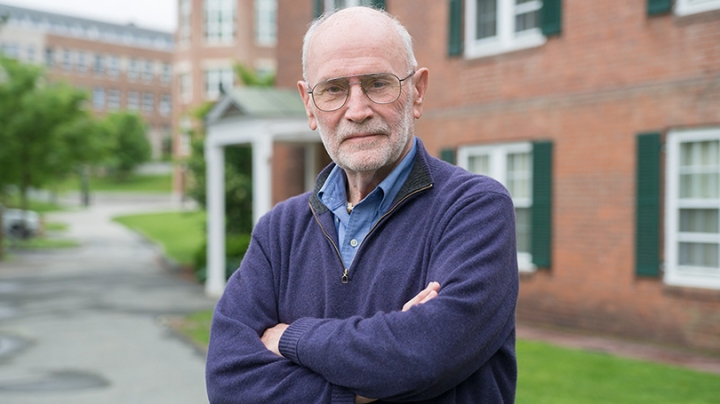 With the publication of two new books—Mixed: Multi-racial College Students Tell Their Life Stories (2013) and Growing Up Muslim: Muslim College Students in America Tell Their Life Stories (2014, both from Cornell University Press)—Andrew Garrod, professor emeritus of education, has helped introduce the distinctive voices of more than two dozen young writers.

All 13 essays in Mixed were written by Dartmouth undergraduates or graduates. Thirteen out of the 14 essays in Growing Up Muslim are by Dartmouth undergraduates and graduates, including a piece by Ala’ Alrababa’h ’14, who was recently named a Junior Fellow at the Carnegie Endowment for International Peace. Garrod’s co-editors for Mixed include Christina Gomez, formerly of Dartmouth’s Department of Sociology.

“This is teaching,” says Garrod of the new books. He believes that the writing process itself is profoundly educational. The essays, he says, are frequently the result of more than a year of focused work by the student writers, through which they are mentored by Garrod. The work is done outside of class and not for academic credit. Garrod and his students share a belief in the power of story to invite another person into the writer’s own experience, in hope of empathy, understanding, co-existence, and cooperation.