Read the full story, published by the Hopkins Center for the Arts.

Now in its 23rd summer residency at Dartmouth, the New York Theatre Workshop brings established and emerging theater artists to Hanover to present readings of six new works-in-progress—including a theatrical version of singer-songwriter Anaïs Mitchell’s song cycle Hadestown, based on the Greek myth of the musician Orpheus and his love, Eurydice. 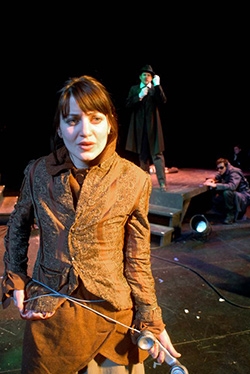