As the Dartmouth Summit on Sexual Assault drew to a close Thursday, several institutions were already talking about hosting another gathering in six months and others were considering hosting a second summit next year. 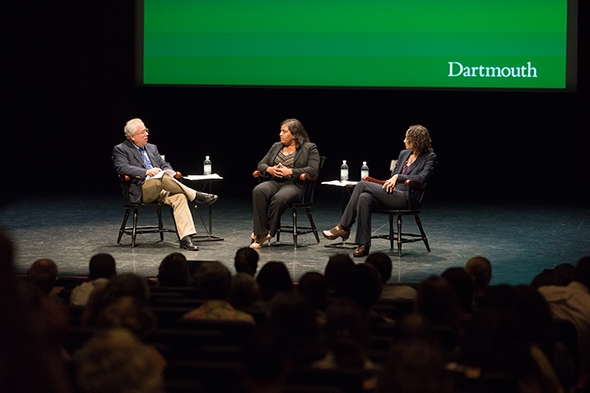 Professor N. Bruce Duthu ’80 moderates a panel discussion on the first working day of the summit. With him on stage at the Hop’s Spaulding Auditorium are, from left, Anurima Bhargava, chief of the educational opportunities section of the U.S. Justice Department’s Civil Rights Division, and Catherine Lhamon, assistant secretary for civil rights at the U.S. Department of Education. (Photo by Eli Burakian ’00)

Dean of the College Charlotte Johnson said the summit laid the groundwork for a coordinated national effort in higher education to provide a safe learning community for everyone.

“The important work that has gone on at Dartmouth this week, and lines of communications that have been opened between participants—administrators, federal officials, activists, researchers, and survivors—represent a significant step nationally as we confront the widespread problem of sexual violence on campus,” Johnson said.

At the opening plenary session, Johnson and U.S. Rep. Ann McLane Kuster ’78 said there is a growing political and institutional will to address the difficult issues surrounding sexual assault on campus.

“As a nation we will reach a tipping point where nonconsensual sexual encounters on our college campuses are a thing of the past,” Kuster (D-NH) said.

The Office of the Dean of the College will continue to work with conference co-organizers David Lisak and Claudia Bayliff as the working groups formed this week map out their efforts for the coming year, said Johnson, who leaves Dartmouth at the end of the month to take over as vice president for student affairs and dean of students at Scripps College in Claremont, Calif. Inge-Lise Ameer, senior associate dean of the College, will serve as interim dean of the College beginning August 1.

Lisak, a clinical psychologist and national expert on sexual assault, said the hundreds of participants from more than 60 colleges around the country met his opening challenge to seize the opportunity presented by the summit. 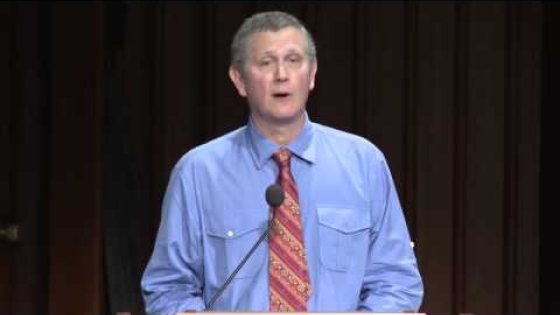 “People from across the country, during the summer, elected to come here and commit themselves with great energy and commitment,” Lisak said. “These issues are grim and upsetting and complicated and difficult, but the process this week has been very uplifting to see.”

The five working groups organized during the week are focused on legal issues; investigation and accountability; research and assessment; direct services and response; and prevention and education.

Lisak said each group is led by a facilitator who works in that group’s focus area. Each group consists of some 15 people, but Lisak said he has heard from many people in higher education who could not attend the summit but want to participate, so the groups may get larger. Lisak and Bayliff are lining up logistical support, resource lists, and teleconferencing technology from participating institutions as quickly as possible.

“In the Air Force, they call this building the plane while you fly,” Lisak said. Dartmouth continues to provide support as the organizing work continues, he said.

But one point of consensus from the week of meetings has been that a year is too long to wait to convene the next face-to-face meeting.

“These are complicated issues that don’t lend themselves to long-distance discussions,” Lisak said. “We already have a lot of interest and indications from a number of institutions that they would be open to hosting a gathering in six months.”

Already under way are informal discussions about the next summit, to be hosted next year at another college or university.

“The benefit of these four days is that people connected at a human level and built very positive relationships that will support the work ahead,” Lisak said.