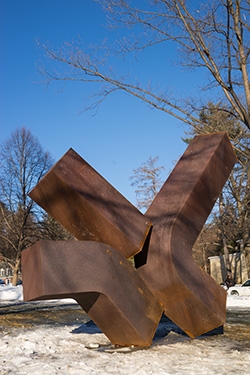 “Perdido,” a 1978 sculpture by Clement Meadmore, was installed on campus earlier this year. (Photo by Eli Burakian ’00)

In this three-minute video, Hood Museum of Art Director Michael Taylor introduces Perdido, the latest addition to Public Art at Dartmouth. Named for a Duke Ellington jazz piece, the sculpture is a massive piece in COR-TEN steel by Australian artist Clement Meadmore. It has a remarkable exuberance, Taylor says.

“A magician like Meadmore,” he says, is able to make the sculpture “feel light and airy.” The video also offers close-ups of the sculpture’s surface, designed by Meadmore to rust into an intricate mix of colors.

Created in 1978, Perdido was donated to Dartmouth by Jay Schochet ’52, and his wife, Suzette Schochet. The sculpture stands on East Wheelock Street next to Barlett Hall. 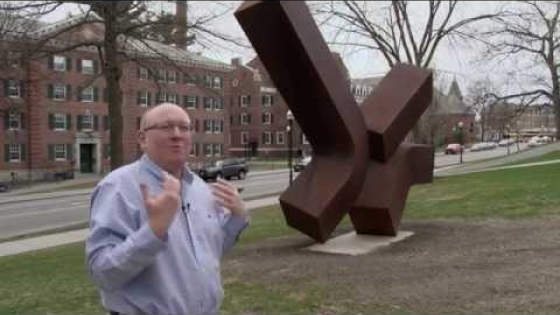