The Dartmouth Faculty of Arts & Sciences this year recognized five professors who are retiring. 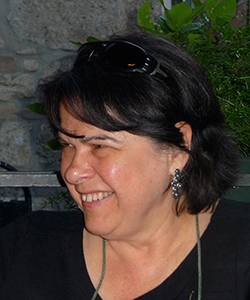 “Some of my most memorable teaching experiences have been off campus, on field trips to museums in Boston and New York, or on the FSPs I led in Florence and Rome,” says Associate Professor of Art History Emeritus Kathleen Corrigan. (Photo courtesy of Kathleen Corrigan)

“Some of my most memorable teaching experiences at Dartmouth have been off campus, on field trips to museums in Boston and New York, or on the FSPs I led in Florence and Rome,” Corrigan says.

She says that a big change in the teaching of art history has been in the mechanics—how images are presented to students.

“In the early years, I was providing students with access to material they couldn’t easily find elsewhere. Now they can readily find things themselves,” Corrigan says. “I’ve tried to take advantage of our students’ facility with electronic media. My students and I even produced a video analyzing the production, function, and meaning of the Lazarus glass cup, an early Christian engraved glass bowl on loan from the Yale University art gallery. In all our projects I’ve been able to count on support from staff in the Library, the Hood Museum, and College computing, and the art history department’s Visual Resources Center.” 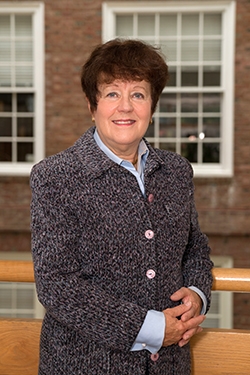 “I taught wonderful students over my 19 years at the College and am still in touch with many of them,” says Linda Fowler, professor in the Department of Government and the Frank J. Reagan ’09 Chair in Policy Studies Emeritus. “My whole Dartmouth experience was very rich.” (Photo by Eli Burakian ’00)

Linda FowlerProfessor of Government and the Frank J. Reagan ’09 Chair in Policy Studies Emeritus Linda Fowler came to Dartmouth in 1995 to serve as director of the Nelson A. Rockefeller Center for Public Policy and the Social Sciences, a position she held until 2004.

A nationally recognized expert on legislative politics, Fowler has authored numerous articles on American politics, written two books on congressional elections, and recently completed a book on Congress and foreign policy, “Watchdogs on the Hill: The Decline of Congressional Oversight of U.S. Foreign Relations.”

At the Rockefeller Center, she says, “what I took most pride in was creating a space for students to explore their interests in public policy, to encounter people with diverse points of view, and to develop their leadership abilities. My goal was to make Rocky a place where learning, socializing, and preparing for a life of civic engagement would come together.”

In addition, Fowler has been an active member of the Dartmouth community, singing with the Handel Society and performing alongside students, staff, and other Upper Valley residents in venues such as St. Paul’s Cathedral in London, Notre Dame in Paris, and St. Peter’s Basilica in Rome.

Some of her favorite memories include giving the faculty address to the graduating seniors of the Class of 1997, one of whom was her son. She also fondly remembers organizing the 2000 presidential primary debates at the College and introducing the Republican and Democratic candidates on two successive nights.

“I taught wonderful students over my 19 years at the College and am still in touch with many of them,” she says. “My whole Dartmouth experience was very rich.” 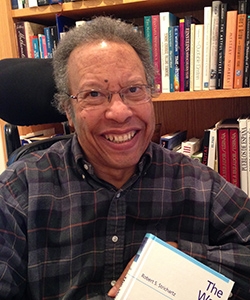 “I came to Dartmouth because I wanted to teach at a first-rate liberal arts college,” says Professor of Mathematics Emeritus C. Dwight Lahr. “The students have always been a rewarding experience.” (Photo courtesy of C. Dwight Lahr)

C. Dwight LahrProfessor of Mathematics Emeritus C. Dwight Lahr graduated from Temple University in 1968 with an AB in mathematics. A 2003 Phi Beta Kappa biography notes that there were 12,335 references to him on the Dartmouth website, most of them having to do with his innovative teaching methods and his fields of specialization in functional analysis and educational computing.

Lahr was hired by Dartmouth in 1975 as an assistant professor of mathematics. “I came to Dartmouth because I wanted to teach at a first rate liberal arts college,” says Lahr. “The students have always been a rewarding experience.”

In 1981, Lahr became an associate professor and associate dean of faculty for sciences, and dean of graduate studies. In 1984 he became a professor of mathematics and computer science, and also dean of the faculty, a post he held until 1989.

“The more I taught undergraduates at Dartmouth, the more I realized that I wanted to attract to math many of the students who did not consider themselves math students—humanities students, art students, social sciences students—not just those who self- identified as math students,” says Lahr. “That opened up a whole new field of interest in math pedagogy that I have pursued until now. ‘The World according to Mathematics’ and ‘A Matter of Time’ are two of the new courses that I designed following that interest.”

Throughout his career, Lahr has maintained an interest in improving mathematics and science education. He has been involved in curricular innovation at the undergraduate level, working with such courses as “Introductory Calculus” and a course in mathematical literacy for humanities and social science students. 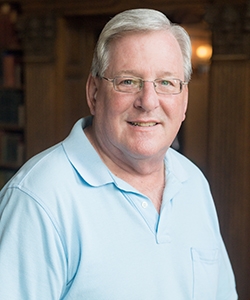 “My 30 years at Dartmouth have been defined by the twin goals of scholarship and mentoring,” says Associate Professor of Music Emeritus William Summers. (Photo by Eli Burakian ’00)

He is the founder and coordinator emeritus of the International Hispanic Music Study Group, a worldwide confederation of approximately 75 scholars and performers who explore music from or inspired by the cultures of the Iberian Peninsula.

Summers, an honorary member of the Golden Key National Honor Society, a lifetime member of the Beta Eta chapter of Pi Kappa Lambda national music honorary society, has been a senior research scholar in the Fulbright-Hayes program. He has received research grants from the National Endowment for the Humanities, the American Philosophical Society and the Sinfonia Foundation. For outstanding writing on the history of California, his book Juan B. Sancho, Pioneering Composer of California was awarded the Norman Neuerburg Prize in 2009 from the Historical Society of Southern California.

He has been adviser for two master’s theses, a record-setting 10 senior fellows in music, and 14 Presidential Scholars in addition to numerous honors theses.

Summers says some his most rewarding experiences came from advising these students.

“These intense and fulfilling engagements with outstanding students helped me to unite seamlessly scholarship and mentoring." His advisees have been awarded Fulbright-Hayes Research Scholarships and Reynolds Scholarships and have been admitted to prestigious graduate programs in a number of music disciplines.

“My 30 years at Dartmouth have been defined by the twin goals of scholarship and mentoring,” says Summers. “The College has continually supported an encouraged my scholarly pursuits, allowing me to work on the forefront of three different scholarly fields: medieval English music, music in the missions of Alta California, and the history of music in Manila, the Philippines.”

Also retiring this year but not available for an interview is Professor of Italian Language and Literature Emerita Keala Jewell.