Hood Acquisition: The Stahl Collection of European and American Art

The Hood Museum of Art recently received a gift of 118 works of art originally collected by the late Barbara J. and David G. Stahl ’47 and donated in their memory by their children, Susan E. Hardy, Nancy R. Wilsker, Sarah A. Stahl, and John S. Stahl. 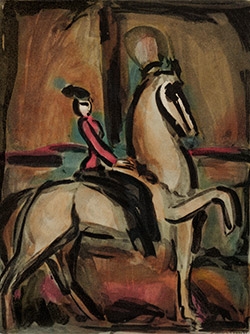 Assembled over a period of 30 years, the works range from Old Master prints and drawings to works on paper, paintings, and ceramics by 20th and 21st century American artists, many of whom the Stahls knew personally.

A selection of highlights from the Stahl gift from the children of Barbara and David Stahl will be on view in the museum from August 29 through December 6, 2015.

Taken as a whole, the collection expresses some of the chief interests, preoccupations, and viewpoints of the collectors, including an empathetic exploration of the human condition, a love of music, a commitment to social justice, curiosity about the spiritual—especially as expressed through their own Jewish faith—and an abhorrence of war, social intolerance, and totalitarianism.

Aided by the mentorship of dealers and museum professionals as well as hours of close examination of original works of art, the Stahls developed discerning connoisseurship skills and a broad knowledge of art history, particularly in the area of prints. The high quality of the works they collected, combined with their strong thematic links to a wide range of academic fields, make these new acquisitions prime candidates for the interdisciplinary, object-based teaching that is central to the Hood Museum of Art’s mission. 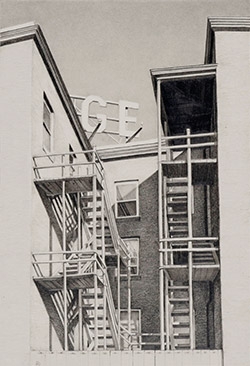 A centerpiece of the collection is a complete set of the eight color aquatints that comprise George Rouault’s series Le Cirque (The Circus), from 1930. The Stahls were particularly drawn to Rouault’s work and purchased two prints from this series as their first art acquisitions. For more than three decades they worked to complete the set, and in 2006, David acquired the last image from the series, that of the mounted rider. The acquisition of the entire set was a particular source of pride and pleasure for him as a collector.

Both Barbara Stahl (1930–2004) and David Stahl (1926–2013) were passionately committed to education and supported the visual and performing arts—especially music—in their community of Manchester, N.H., and beyond. Barbara was a renowned paleoichthyologist and longtime professor at Saint Anselm College, while David maintained a dental practice for more than 50 years. He was a devoted and generous supporter of his alma mater and, with Barbara, keenly followed the activities of the Hood Museum from its opening in 1985.

David Stahl was particularly impressed by the extent to which the museum had fostered curricular ties through its diverse exhibition program and interactive instruction in its Bernstein Study-Storage Center, where original works of art are pulled for courses taught by faculty in nearly every academic department and program at the College. During a recent nine-week period, 1,000 works of art were pulled for 39 different courses that made 57 visits to the museum’s Bernstein Study-Storage Center.