Two working groups charged with shaping the future of the William Jewett Tucker Foundation are seeking community comment through Nov. 7, 2014.

The working groups are tasked with refocusing the foundation’s efforts through the creation of two centers: one focused on religious and spiritual life at Dartmouth; the other supporting Dartmouth students’ leadership in social service, social entrepreneurship, social activism, and philanthropy. 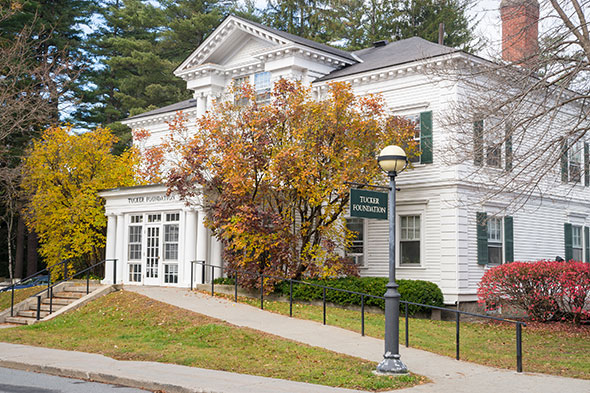 The Tucker Foundation is seeking community input on the reconfiguration of its programs. (Photo by Eli Burakian ’00)

The Tucker Foundation was created in 1951 by the Board of Trustees to honor the legacy of William Jewett Tucker—Dartmouth’s ninth president, from 1893-1909, and an ordained Congregational minister—to support the moral and spiritual work of Dartmouth, and to further religious understanding. In June 2014, the Board voted to refocus the work of the Tucker Foundation into two centers; consistent with its founding principles and history, the Tucker name will remain with the religious and spiritual center.

Theresa Ellis ’97, interim dean of the William Jewett Tucker Foundation says, “We are seeking input from the community, broadly defined. There are various ways that people can share their perspectives, including by being in touch with the folks who are serving on the two working groups.”

In addition to using the Tucker Foundation’s online comment form, comments may be sent by email to Tucker.Dean@Dartmouth.edu with the subject line “Community Input.”