The fall season came to a close for the Big Green football, men’s soccer, and women’s cross country teams this past weekend. Each team wrapped up a successful 2014 campaign. Check out highlights from the weekend: 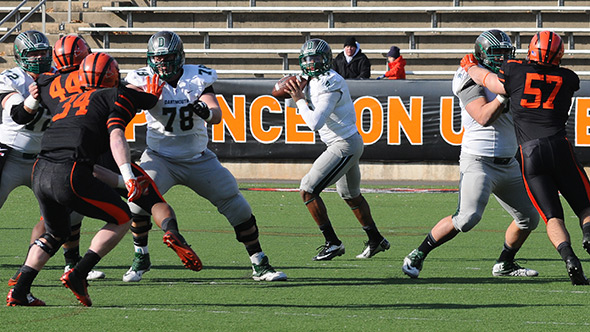 The Big Green defeated Princeton 41-10 on Nov. 22. Dartmouth finished the season with a record of 8-2 and a second-place finish in the Ivy League. (Photo courtesy of Dartmouth Athletics)

Quarterback Dalyn Williams ’16 completed 30-of-35 passes for 305 yards and four touchdowns while the Dartmouth defense stymied host Princeton in a 41-10 Big Green victory in front of 6,663 fans at Princeton Stadium on Nov. 22. With the win, Dartmouth finished the season with an overall record of 8-2—its best record in 17 years. The Big Green finished second in the Ivy League, with a record of 6-1 in league play.

Dartmouth’s win on Saturday was its fifth in a row against Princeton. The victory was also the 100th career win for Big Green Head Coach Buddy Teevens ’79. 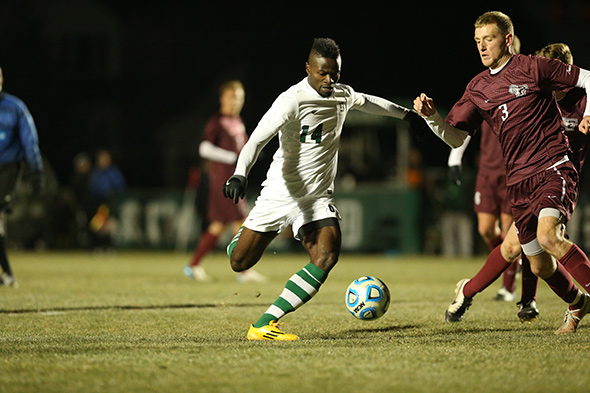 Dartmouth fell to Providence College on Nov. 23 in the second round of the NCAA Division I Men’s Soccer Tournament. Alex Abelabu ’15, above, led the Big Green with 10 goals this season. (Photo by Matt and John Risley)

“Tonight was tough. I thought we were very good in the first half but we didn’t capitalize on our opportunities,” said head coach Chad Riley. “It is always an abrupt ending unless you are the last team standing.  It is certainly hard to process right now, but I couldn’t be prouder of our team. They have competed all year so well, and continued to grow all year.”

Dartmouth ended the season with a 12-5-2 overall record and a share of the Ivy League title. 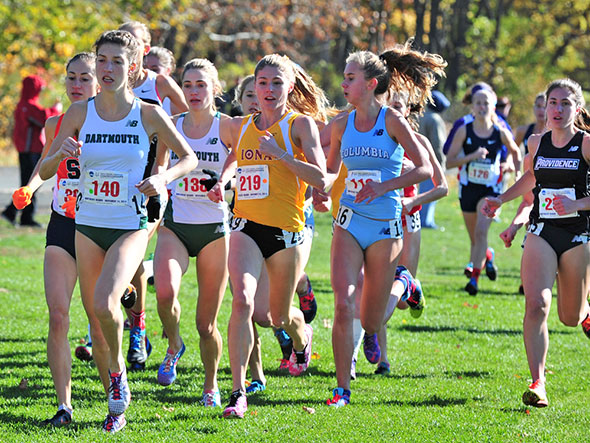 Seven Big Green runners competed at the championship. The team was led by Dana Giordano ’16, who finished 45th overall with a time of 20:49. Dartmouth was the lone Ivy League representative at nationals on either the men’s or women’s side. The Big Green earned an at-large bid to the championships by finishing third at the NCAA Northeast Regional on Nov. 14. Earlier this fall, the Big Green captured its second straight Ivy League Heptagonal Championship.