Dartmouth is the first choice for a record number of students seeking admission to the Class of 2019. 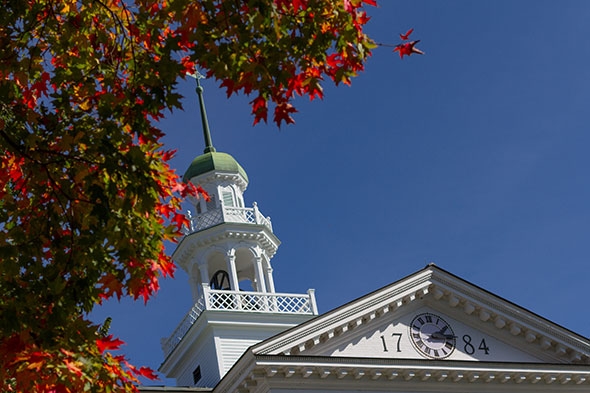 Dartmouth is the first choice for a record number of students seeking admission to the Class of 2019. (Photo by Josh Renaud ’17)

“Although it’s too soon to know what the overall applicant pool will look like, the number of students who have identified Dartmouth as their clear first choice is very encouraging,” says Dean of Admissions and Financial Aid Maria Laskaris ’84. “The record number of early decision applicants comes on the heels of a terrific yield for the Class of 2018 and a busy summer and fall of welcoming visitors to campus.”

By applying early decision, prospective first-year students commit to accepting an offer of admission if one is made by the College. 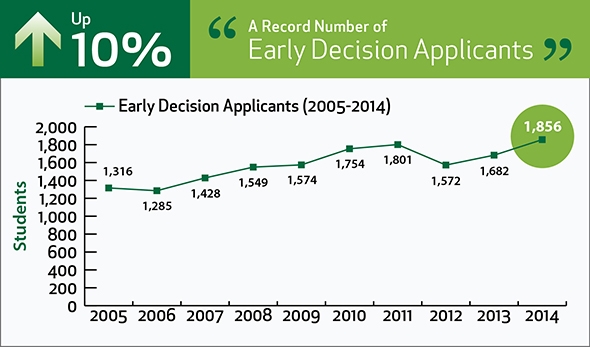 Last year’s admissions process for the Class of 2018 saw accepted students choose to enroll at Dartmouth at a higher rate than in any previous year, pushing the College’s yield—the number of admitted students who enroll— to 52 percent, up from yield of 48 percent the year before.

The application deadline for regular decision applications is Jan. 1, 2015.

Dartmouth Dean of Admissions: ‘It’s Not About the College, It’s About You’

Description
In a piece about the admissions process, Lee Coffin, the vice provost for enrollment and dean of admissions and financial aid, says high school juniors and seniors should ask themselves what the best environment is for them to thrive.
Grown and Flown
In the News