The Dartmouth men’s soccer team defeated Brown on Nov. 15 by a score of 3-0 to claim a share of the Ivy League title and earn the league’s automatic bid to the 2014 NCAA Division I Men’s Soccer Tournament. Dartmouth shares the title with Princeton.

The Big Green will host Fordham at 5 p.m. on Nov. 20 in the first round of the tournament at Burnham Field. The winner of the contest will travel to 11th-seeded Providence to face the Friars on Nov. 23 in the second round. 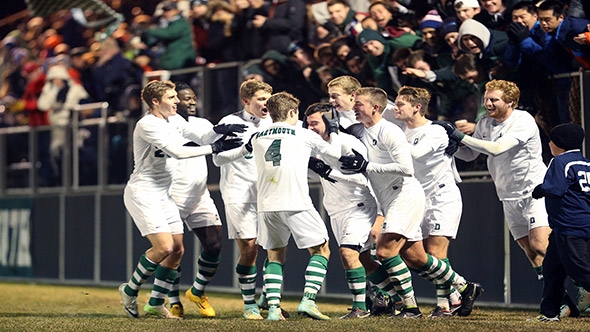 Members of the Big Green men’s soccer team celebrate after a goal against Brown on Nov. 15. (Photo courtesy of Dartmouth Athletics)

For the second year in a row, the Dartmouth women’s cross country team will compete at the NCAA Division I Women’s Cross Country Championship. Indiana State hosts the championship on Nov. 22 at the Wabash Valley Family Sports Center in Terre Haute, Ind.

The Big Green earned an at-large bid to the championships by finishing third at the NCAA Northeast Regional on Nov. 14. Earlier this fall, the Big Green captured its second straight Ivy League Heptagonal Championship. 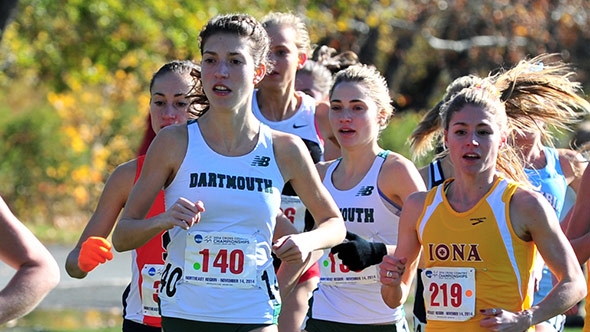 The Big Green women’s cross country team will compete at the NCAA Division I Women’s Cross Country Championship on Nov. 22. (Photo by Tim O’Dowd)
Written by
Office of Communications
Share this
FacebookTwitterEmail
Videos