Dartmouth can now boast three 2015 Rhodes Scholars. Colin Walmsley ’15, of Fort Macleod, Alberta, Canada, joins Miriam Kilimo ’14 of Nairobi, Kenya; Ridwan Hassen ’15, of Marietta, Ga.; and a class of 80 other exceptional students from around the world in pursuing graduate studies at the University of Oxford in Oxford, England. 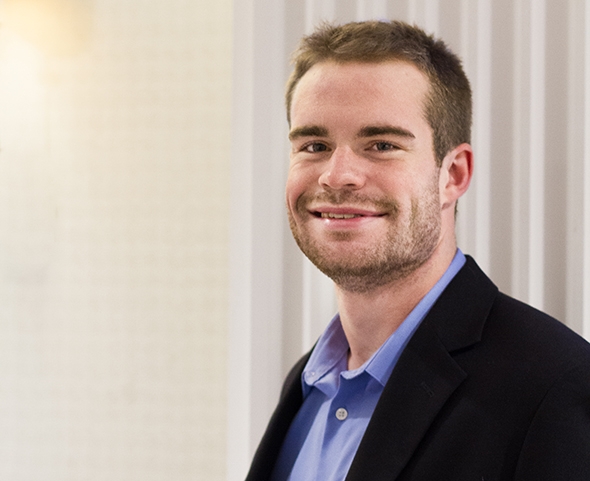 “I was excited when Dartmouth had two Rhodes Scholars again this year, but to have a third join them is extraordinary,” says President Phil Hanlon ’77.

Last year Dartmouth had two Rhodes representatives—Jonathan Pedde ’14 and Joseph Singh ’14—and with this announcement, the College has produced a total of 78 Rhodes Scholars.

“The entire Dartmouth community can be proud of Colin, Ridwan, and Miriam, who have all made remarkable use of the intellectual opportunities they discovered in Hanover. We look forward to seeing what they accomplish in the future,” Hanlon says.

The Rhodes Scholarship, established in 1903 through a bequest from Cecil Rhodes, is the oldest international graduate scholarship in the world. Past Rhodes Scholars have gone on to become heads of state, Nobel laureates, Pulitzer Prize winners, leaders of colleges and universities, and Supreme Court justices.

A double major in anthropology and government, Walmsley plans to study social anthropology at Oxford, a place he says he’s wanted to visit ever since he read Philip Pullman’s The Golden Compass, which is set, in part, at a fictional Oxford college.

He adds, “I feel extremely fortunate to be given this opportunity. But above all I’m grateful for all the people who have helped me become who I am today.”

Provost Carolyn Dever says Walmsley “exemplifies the spirit of inquiry that is one of the highest values of the Dartmouth community. He will be a wonderful representative of the College at Oxford.”

Walmsley’s anthropology senior thesis, titled “Queer Youth Homelessness in New York City,” is supported with funding from the anthropology department’s Claire Garber Goodman Fund for the Anthropological Study of Human Culture. Walmsley spent the past summer interviewing young people living on the streets of the city, and was surprised to find that a large percentage of those he met identified as transgender.

“It’s shocking to see what they go through—the harassment even from the LGBT community,” says Walmsley, who is gay. “I’m usually even-tempered, but that made me angrier than I’ve ever been, and I want to do something about it.”

“Colin has shown remarkable strength of character, curiosity, and an ability to open himself up to the struggles and hopes of individuals and communities that cross conventional lines of race, class, and gender identity,” says Sienna Craig, associate professor and chair of the anthropology department, who is Walmsley’s anthropology adviser. “He makes us think in new ways about what family means, where home is, and what it might mean to make it in the face of great social and structural adversity. I’m so pleased that he has this opportunity—the Rhodes Trust has made a great choice.”

The last time Dartmouth produced three Rhodes Scholars in a single year was in 2003. Before that, you’d have to go back to 1968. Among that Rhodes class was future Clinton administration Secretary of Labor Robert Reich ’68.

As a Rhodes Scholar, Walmsley plans to study how transgender homeless youth get by in London and in rural English communities. “Most of the resources are in the cities, so how do people survive and create networks in the small towns?” Walmsley himself grew up in a small community—Fort McLeod is home to about 3,000 people.

Walmsley says his interests are “on the border of anthropology and government. I’m interested in how people in marginalized communities interact with the structures of power.” In addition to his work in anthropology, he is also writing a government thesis on national secessionist movements.

“I’m interested in why some countries respond to secessionist movements with extreme violence, while others allow a referendum,” he says. His government thesis adviser is Assistant Professor Jeffrey Friedman. He also mentions Associate Professor Benjamin Valentino, co-director of the government department’s honors program, as a key mentor.

Walmsley, a Rufus Choate Scholar, played rugby for Dartmouth until this year (and was named an Academic All-American), sings with the a capella group the Brovertones, and hosts a radio show on 99 Rock. He was a Great Issues Scholar and a War and Peace Studies Fellow through the John Sloan Dickey Center for International Understanding, and has gone on to be a Rockefeller Leadership Fellow through the Nelson A. Rockefeller Center for Public Policy.

He’s also had the opportunity to study in France and New Zealand, and received Dickey Center funding through the Think Impact program to help start a chicken farm in Kenya during his sophomore summer.

“Dartmouth provides incredible opportunities that promote a global education and the convergence of different perspectives. That’s shaped the way I see the world,” Walmsley says.

“It is gratifying to see talented students like Colin succeed on this international stage,” she says. “Rhodes Scholars are chosen from the best students in the world. Scholarship Advising, the Committee on Graduate Fellowships, and the entire faculty offer resources to shepherd students through the process.”