The last time Dartmouth produced three Rhodes Scholars in a single year was in 2003. The Rhodes Scholarship, the oldest and best-known award for international study, is widely considered to be the most prestigious postgraduate academic award available to college graduates. “The entire Dartmouth community can be proud of Colin, Ridwan, and Miriam, who have all made remarkable use of the intellectual opportunities they discovered in Hanover. We look forward to seeing what they accomplish in the future,” says President Phil Hanlon ’77. 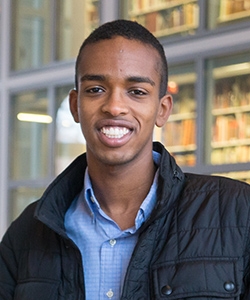 Ridwan Hassen ’15: A computer science modified with neuroscience major, Hassen will study public policy at Oxford, with the goal of bringing that knowledge back to his own community—and perhaps, one day, to a national political office. “I want to continue to use science as a platform for education in my community, particularly to mentor underserved and minority students interested in STEM,” he says, of the fields of science, technology, engineering, and math, adding that he was stunned to hear his name called by the Rhodes panel.

At Dartmouth he is an undergraduate adviser and a student manager of the Collis Center. In his spare time he runs long distance with the Dartmouth Endurance Racing Team. “My best ideas come while I’m running,” he says. 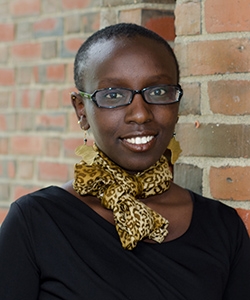 Miriam Jerotich Kilimo ’14: An anthropology major, Kilimo plans to use the scholarship to pursue a master’s in women’s studies at Oxford. “I am very excited and thankful to God, my professors, my dean, family, and friends. The honor makes me all the more grateful for the mentors I met during my time at Dartmouth, who always encouraged and believed in me. I am especially grateful about how the confluence of my experiences as a Senior Fellow and as a Rockefeller Leadership Fellow prepared me for the Rhodes interview—I felt very confident about articulating my interests to the interview panel.”

As a Senior Fellow, Kilimo conducted research on “Inter-Ethnic Friendship Among Youth in Urban Kenya.” A salutatorian of her class, she was inducted into Phi Beta Kappa and was a James O. Freedman Presidential Scholar, a Rufus Choate Scholar, and a recipient of the W.E.B. DuBois Award for Academic Excellence all four years of her Dartmouth career.

She received a Robert G. McGuire III 1958 Memorial Fund grant for academic research on ethnicity and nationalism in Kenya, and a William Jewett Tucker Foundation Fellowship grant for a project to combat the practice of female circumcision through education in Kenya. 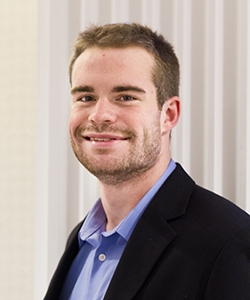 Colin Walmsley ’15: A double major in anthropology and government, Walmsley plans to study social anthropology at Oxford, a place he says he’s wanted to visit ever since he read Philip Pullman’s The Golden Compass, which is set, in part, at a fictional Oxford college.

Walmsley says his interests are “on the border of anthropology and government. I’m interested in how people in marginalized communities interact with the structures of power.”

A Rufus Choate Scholar, he played rugby for Dartmouth until this year, sings with the a capella group the Brovertones, and hosts a radio show on 99 Rock. He was a Great Issues Scholar and a War and Peace Studies Fellow through the John Sloan Dickey Center for International Understanding, and is a Rockefeller Leadership Fellow through the Nelson A. Rockefeller Center for Public Policy.