With health systems in the U.S., the U.K., and around the world trying to increase vaccination levels, there is a lot of attention on how to counter myths about vaccine safety. A new article in the journal Vaccine concludes that correcting myths about vaccines may not be the most effective approach to promoting immunization among vaccine skeptics. 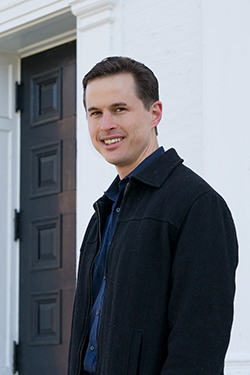 “We need to learn how to most effectively promote immunization. Directly correcting vaccine myths may not be the most effective approach,” says Assistant Professor of Government Brendan Nyhan. (Photo by Eli Burakian ’00)

The study, co-authored by Brendan Nyhan, an assistant professor of government at Dartmouth, and Jason Reifler, a senior lecturer of politics at the University of Exeter, found that debunking the myth that the seasonal influenza vaccine can give people the flu actually reduced intent to vaccinate among people who were most concerned about vaccine side effects.

The study was conducted with a representative sample of adults in the U.S. collected as part of the 2012 Cooperative Congressional Election Survey. Respondents were randomly assigned to one of three conditions: a control condition in which no additional information about the flu or flu vaccines; a danger condition that presented information about the health risks posed by the flu; and a correction condition that informed respondents that they could not contract the flu from the flu shot or live virus nasal spray. Both interventions were adapted from Centers for Disease Control and Prevention materials. The researchers then compared the beliefs and intended behaviors of respondents after exposure to these messages.

“Our findings suggest that corrective information can successfully reduce false beliefs about vaccines. However, that corrective information may unfortunately cause people with fears about side effects to bring those other concerns to mind and thereby reduce their intention to vaccinate,” says Nyhan. “We need to learn how to most effectively promote immunization. Directly correcting vaccine myths may not be the most effective approach.”

The following is an overview of the study’s results:

The study’s results are consistent with other findings by Nyhan and Reifler, which indicate that corrections of misperceptions about controversial issues may have unexpected or counterproductive results, including a previous study of the effects of correcting misperceptions about the measles, mumps, and rubella (MMR) vaccine.
Written by
Office of Communications
Share this
FacebookTwitterEmail
In the News