Dartmouth has launched a new website to promote sexual respect and consolidate the College’s resources, policies, and procedures for preventing and responding to sexual assault, gender-based harassment, and other forms of sexual misconduct. 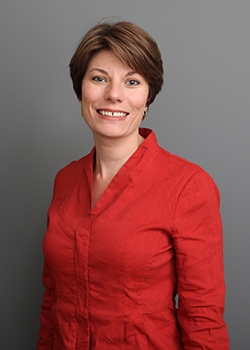 The new website will serve as a clearinghouse for “the already existing resources and offices that collaborate to maintain a welcoming and inclusive environment for all at Dartmouth,” says Heather Lindkvist, Dartmouth’s Title IX coordinator and Clery Act compliance officer. (Photo by Corinne Arndt Girouard)

”I believe we have the opportunity to provide a clear, consistent message to all campus constituencies about the College’s efforts to foster a safe, respectful, and healthy campus climate,“ says Heather Lindkvist, Dartmouth’s Title IX coordinator and Clery Act compliance officer, who led development of the new site.

Lindkvist stresses that the site will serve as a clearinghouse for ”the already existing resources and offices that collaborate to maintain a welcoming and inclusive environment for all at Dartmouth.”

The new Moving Dartmouth Forward initiatives announced by President Phil Hanlon ’77 last week, including a new sexual-violence prevention and education program for students, a first-responder training program for faculty and staff, and an online “consent manual,” will be accessible though the new website as they are developed.

The site features expanded sections on the College’s obligations under Title IX and the Clery Act, with guidelines for campus security authorities and information about reporting requirements.

Title IX prohibits all forms of sex- or gender-based discrimination in any educational institution that receives federal funding. The Jeanne Clery Disclosure of Campus Security Policy and Campus Crime Statistics Act, known as the Clery Act, requires all colleges and universities that participate in federal financial aid programs to collect, retain, and disclose information about crime on or near their campuses.

A “Get Help Now” link details how to get help after a sexual assault, including emergency response links to Campus Safety and Security and Hanover Police; medical emergency links to Dartmouth-Hitchcock and Dick’s House health services; confidential resources, including the 24-hour crisis hotline at WISE, an Upper Valley crisis center for those affected by domestic and sexual violence; and the College’s Counseling and Human Development crisis counseling resources.

“The Sexual Respect website will serve as an institutional hub for anyone looking for Dartmouth’s resources, support services, prevention and education programs, and policies and procedures that provide the framework for promoting sexual respect and preventing and addressing sexual misconduct,” says Lindkvist.