Dartmouth Public Voices to Broaden Debate for a Third Year

Over the past year, Assistant Professor of German Yuliya Komska became a regular columnist for Reuters on her native Ukraine and other issues and was part of The New York Times “Op-Talk” feature, and Associate Professor of Engineering Vicki May landed a book deal based on her Huffington Post series on STEM education and is preparing a five-part lesson series for TED-Ed on thinking creatively about engineering. 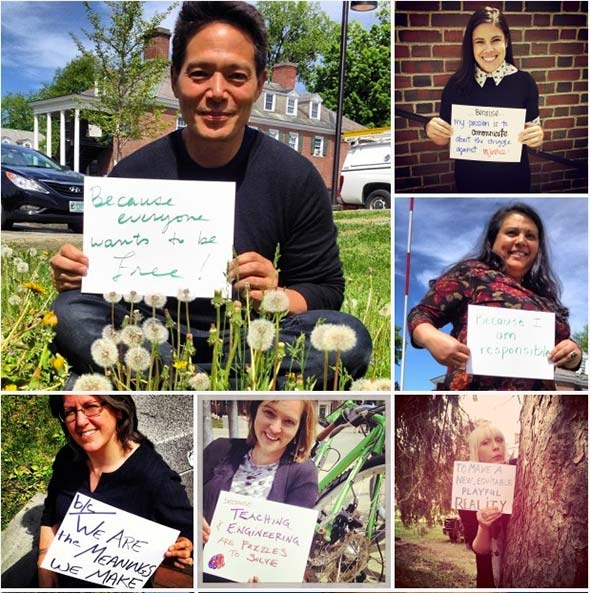 As last year’s fellows attest, the Dartmouth Public Voices Fellowship program offers professors a chance to extend the reach of their work. (Courtesy of The OpEd Project)

This is just a fraction of the work produced with support from the Dartmouth Public Voices Fellowship program, an initiative launched in 2013 in partnership with The OpEd Project, which is dedicated to increasing the impact of the nation’s top scholars.

Following the successes of 2014, when 15 Dartmouth Public Voices fellows from diverse scholarly fields produced 44 articles for major media outlets, and broadened their reach as expert commentators for TV and radio, the College has extended the program for a third year.

Dartmouth Public Voices fellows are matched with journalist mentors from major media outlets who work one-on-one with faculty throughout the fellowship period. Participants can also join monthly calls with media insiders, including editors and producers at the Times, CNN, The Huffington Post, and the TED conference.

Associate Professor of Spanish and Comparative Literature Rebecca Biron, a 2014 fellow, said journalists from The OpEd project team helped her examine how to communicate her work to a broader audience outside of academia.

“We were challenged to push through our professorial anxieties about being misunderstood in the public sphere, about claiming too much authority for our ideas, and about why/how our research matters beyond academia,” Biron wrote in a letter recommending a third year for the program.

The OpEd Project was founded in 2008 by journalist Katie Orenstein. She describes it as “a social venture by working journalists committed to ensuring that a wider range of voices shapes the news, history, and the future.”