As they celebrate the efforts of coordinators, volunteers, and supporters who made this year’s fundraising effort a success, Dartmouth United Way organizers are inviting any last-minute donors to “share the love” by pledging in time for the campaign’s Valentine’s Day finale. 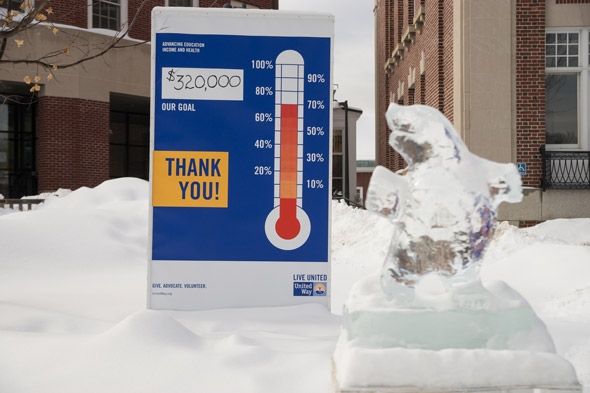 “Valentine’s Day is the perfect finish for the campaign, and that’s why we are happy to pitch in our personal match for the final month,” says Gentes. “By giving to the United Way, all of us at Dartmouth truly ‘share the love’ by showing how much we care about our community.”

Gentes and Executive Vice President Rick Mills, campaign co-chair, applauded the efforts of people who pledged, campaign coordinators, and other volunteers. The campaign added more than 200 first-time donors this year, exceeding the goal of bringing in pledges from 100 new contributors. The areas that boosted participation rates this year include Facilities, Operations & Management and the retiree community. 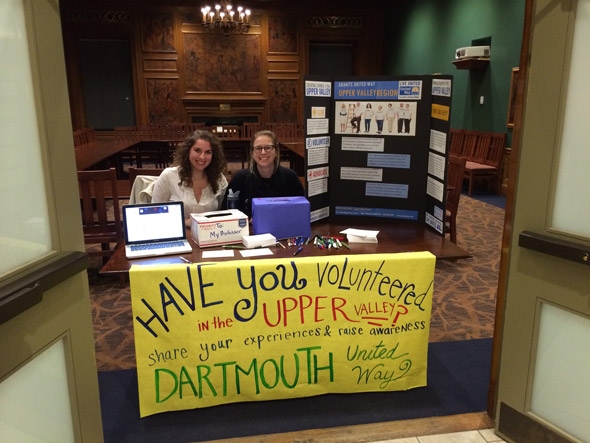 This was also the first year that Dartmouth undergraduates joined the effort as campaign volunteers. The Dartmouth chapter of the Order of Omega, a sorority and fraternity leadership honor society, sponsored a number of events, including a drive urging students to write a postcard to faculty or staff to raise awareness about poverty in the Upper Valley, and about the help United Way can offer.

United Way is already working on partnering with a variety of student groups for next year’s campaign effort, says Holli Weed ’14, a presidential fellow and the student participation coordinator on the United Way committee.

The Dartmouth campaign last week announced the winners of the grand prize raffle: