President Phil Hanlon ’77 today announced the members of the external review panel that will monitor implementation of his Moving Dartmouth Forward plan to reduce extreme behaviors and promote inclusivity on campus.

The group, chaired by Lawrence Bacow, Tufts University president emeritus, will report regularly to President Hanlon and the Board of Trustees on whether each action within the Moving Dartmouth Forward plan is progressing along its projected timeline. 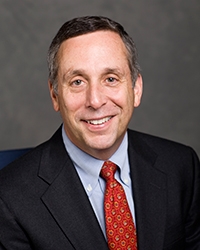 Joining Bacow on the panel are Deborah Golder, associate vice provost and dean of residential education at Stanford University; Ralph Hingson, director of the division of epidemiology and prevention research at the National Institute on Alcohol Abuse and Alcoholism; Malcolm Leverett ’14, an analyst with Vanguard Group Inc., who, as a student, was a leadership fellow at the Nelson A. Rockefeller Center for Public Policy and the Social Sciences and is currently a member of the Black Alumni of Dartmouth Association; and Rachel Siegel ’12, a private law fellow at Harvard Law School, the executive editor of the Harvard Journal of Law and Public Policy, and a former Dartmouth presidential scholar.

“Larry Bacow has been a national leader in integrating the highest of academic standards with a commitment to fostering a rich student residential life experience,” says Hanlon. “We are thrilled he is willing to bring his insights and his dedication to excellence to the role of chair of the oversight committee.”

As president of Tufts from September 2001 through July 2011, Bacow oversaw initiatives in undergraduate education and student life built on the recommendations of a comprehensive review completed in 2003. Throughout his time at Tufts, he championed academic excellence and placed a premium on open communication and close engagement with students, faculty, staff, and alumni. Nationally, he became well known as an advocate of broader access to higher education and the importance of strengthening universities’ commitment to civic engagement.

Bacow says Hanlon and Dartmouth have shown great leadership in undertaking the Moving Dartmouth Forward initiative. “I have great respect for Phil. I think any president who is willing to tackle such a challenging problem—or challenging set of problems—deserves any assistance the rest of us can provide,” he says.

The problems of extreme behavior are not unique to Dartmouth, Bacow says. Different institutions have different traditions, and while they are not always healthy, “often, because they are traditions, students and alumni sometimes cling to them. Part of the challenge is to not do the easy thing, but to do the right thing. I admire President Hanlon for taking on a set of issues that are important not just for Dartmouth, but for all of higher education.”

Here is a look at the panel members:

President Emeritus Lawrence Bacow served as the 12th president of Tufts University from 2001 through 2011. During his tenure as president, he worked to advance the university’s role as a leader in teaching, research, and public service. He launched initiatives in undergraduate education and student life, and served as an adviser to first- and second-year undergraduates throughout his time at Tufts. Among his student-life policies as president was the requirement that every student who was treated for extreme alcohol intake meet with him for a private advising session immediately after the incident. Prior to becoming president of Tufts, Bacow spent 24 years on the faculty at the Massachusetts Institute of Technology, where he held the Lee and Geraldine Martin Professorship of Environmental Studies. He served as the elected chair of the MIT faculty and then as chancellor. One of his first tasks as chancellor was to lead the reorganization of the housing system in the wake of an alcohol-poisoning death of an undergraduate in an MIT fraternity house in 1997. Bacow received his undergraduate degree in economics from MIT; his JD from Harvard Law School; and his master’s and PhD from Harvard’s Kennedy School of Government. A fellow of the American Academy of Arts and Sciences, he is the recipient of five honorary degrees. 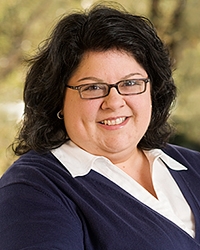 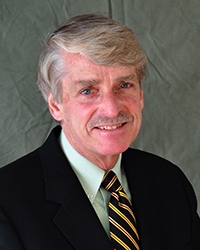 Ralph Hingson is director of the division of epidemiology and prevention research at the National Institute on Alcohol Abuse and Alcoholism. Before joining institute, he was a professor and associate dean for research at the Boston University School of Public Health. He has authored or co-authored 170 research articles and book chapters, including studies on the effects of raising the legal drinking age; comprehensive community programs to reduce alcohol problems; drinking by U.S. college students ages 18 to 24; and interventions to reduce both underage and college drinking. Hingson currently serves on the World Health Organization’s coordinating council to implement the organization’s global strategic plan to reduce the harmful use of alcohol. 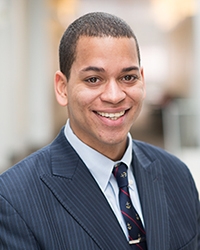 At Dartmouth, Malcolm Leverett ’14 majored in economics and minored in Hispanic studies. Outside of his course work, Leverett was a leader in the Palaeopitus Senior Society, the Inter-Community Council, and his fraternity, Beta Alpha Omega. He also interned for then-Senior Assistant Dean of the College Inge-Lise Ameer, now interim dean of the College. Leverett’s primary responsibility as an intern was to examine high-risk drinking at Dartmouth and its peer institutions. Upon graduation, he became alumni treasurer for the Class of 2014. Leverett lives in Philadelphia, where he works as an analyst in the Vanguard Group’s Accelerated Development Program. 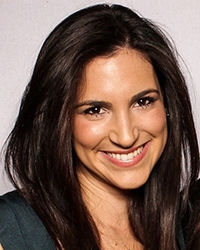 Rachel Siegel ’12 is a third-year student at Harvard Law School. After graduation, she will clerk for the Honorable Timothy Tymkovich of the 10th Circuit Court of Appeals. At Harvard, she has been a private law fellow, an executive editor of the Harvard Journal of Law and Public Policy, and a teaching fellow at Harvard College. Siegel graduated summa cum laude from Dartmouth in English, with a minor in Native American studies. At Dartmouth she was a presidential scholar, a member of the Hill Winds Society, the Dartmouth Law Journal, the Organizational Adjudication Committee, the Committee on Standards, and a senior class gift intern. She now serves as a head agent for her class.