Water is ubiquitous in our lives. We use it for drinking, cooking, cleaning, and recreation. It affects where we choose to live and is integral to many people’s work. “Water Ways: Tension and Flow,” opening April 4 at the Hood Museum of Art, explores water’s impact on human life and humanity’s impact on water. 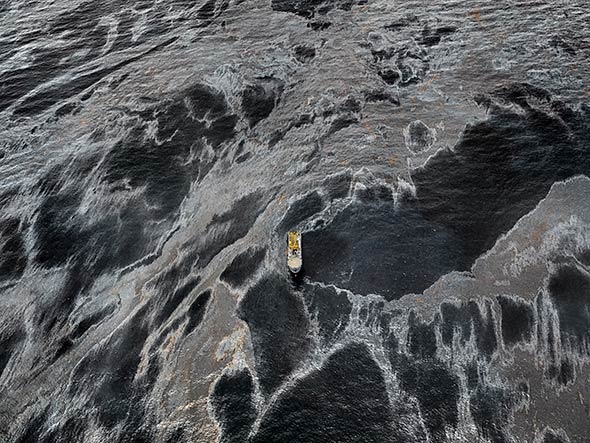 The exhibition, which also includes Roman and Egyptian depictions of the Nile from the first century BCE and the sixth century CE, is organized in conjunction with the Nile Project, in residence at the Hopkins Center for the Arts from April 13 through 18. This group of musicians, educators, and activists collaboratively addresses environmental and cultural issues in the Nile basin. The Nile Project will perform on Friday night, April 17, in Spaulding Auditorium at the Hop.

Drawn primarily from the Hood’s permanent collection, the exhibition includes more than two-dozen works from around the world. Most are 20th- and 21st-century photographs that demonstrate a range of approaches to landscape and portraiture.

David Goldes’ Water Balance (1994) shows a small dish of water filled to the brim. Pins ring the edge, like numbers on a clock, balancing on the top of the water and demonstrating the concept of surface tension. This interest in close scientific observation is also evident in Harold Edgerton’s Water From a Faucet (1932). Edgerton used a strobe light to freeze a stream of water in a moment of time—allowing us to view an everyday occurrence in a new way. This shift in perspective also occurs in Australian photographer Peter Eve’s dramatic aerial view of a bend in the River Wandjina.

The intersection of water and environmental issues is an underlying theme throughout the show, as seen in a photograph by James Balog of a melting glacier as well as one by Edward Burtynsky of the oil spill in the Gulf of Mexico in 2011. Ian Teh’s work explores pollution in China with a photograph of the Kuye River, while Emmet Gowin’s explores nuclear power in the United States with a photograph of the Columbia River and Hanford Nuclear Reservation in Washington State.

Related programming at the Hood also includes a May 20 screening of the documentary Watermark, from multiple-award-winning filmmakers Jennifer Baichwal and Nick de Pencier and photographer Edward Burtynsky.

“Water Ways” was organized by the Hood and made possible by the Harrington Gallery Fund. 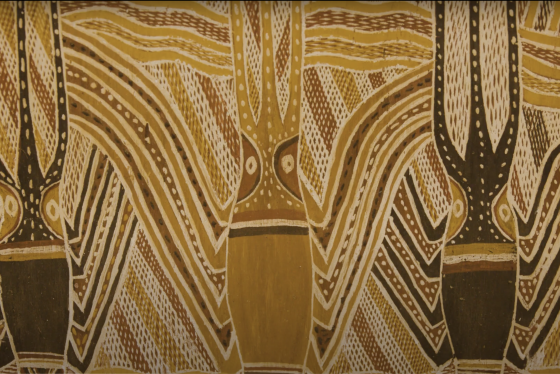