Dartmouth’s Ledyard Canoe Club has launched many extreme adventures, including that of John Ledyard, who quit Dartmouth in 1772 in a homemade canoe from near the current site of the club’s boathouse, followed the Connecticut to the sea, and joined Captain James Cook’s third voyage to the Pacific. 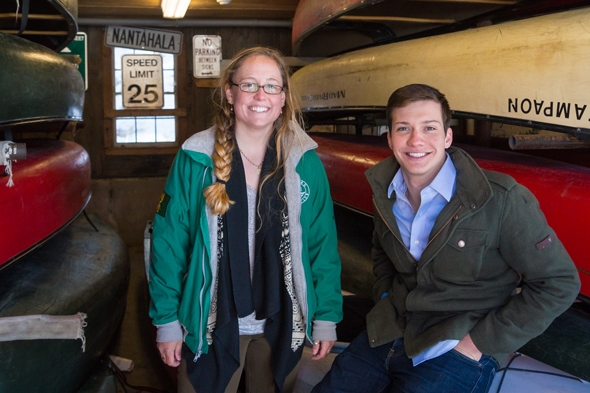 On April 24, the Ledyard Canoe Club is the lead sponsor of the “Dartmouth Explorers Symposium: Adventure, Learning, and Leadership on the World’s Rivers and Oceans,” from 3 p.m. to 6 p.m. in 105 Dartmouth Hall.

The event will feature Dartmouth (and Ledyard) alumni who have been part of historic journeys, from the first descent of Tibet’s Tsangpo River in 1982, to the 1964 National Geographic Danube and Sea of Japan expeditions. And all of these Dartmouth explorers have integrated their experiences into careers in politics, biotech, and clean energy, among other fields, says symposium organizer Dan Reicher ’78, who was part of the first descent of the Rio Grande from the source to the sea, and is a clean energy entrepreneur.

“Great adventures? Clearly—and worthy of celebration,” Reicher says. “But what about learning and leadership? This gathering will explore what these expeditions have taught us about critical problems—from climate change to immigration to health—and what it will take to solve them.”

Ledyard alumni Reicher and Esteban Castano ’14 organized the symposium as part of the 2015 Ledyard RiverFest, the club’s annual weekend kayaking festival featuring a class IV whitewater race on the Wells River and the Mascoma Slalom race. 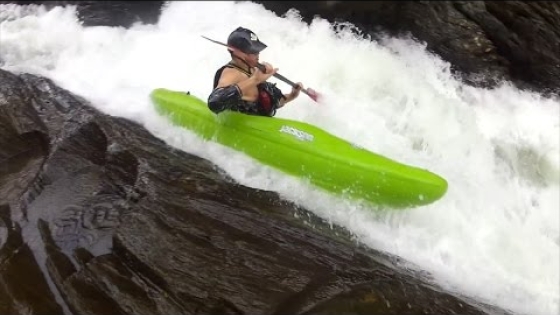 Featured speakers at the symposium include adventure writer Peter Heller ’82, author of Hell or High Water: Surviving Tibet’s Tsangpo River, who shot from his kayak a clandestine video of a massive dolphin kill in Taiji, Japan, that became part of the movie The Cove; Dan Dimanescu ’64 who originated the 1,700-mile Dartmouth Danube expedition that became a National Geographic Magazine cover story and organized several ocean-kayak expeditions, all while graduating from Harvard Business School, founding an aerospace consulting company, and co-founding a documentary production company; and Bill Gifford ’88, contributing editor of Outside Magazine and author of Ledyard: In Search of the First American Explorer, a biography of the club’s eponymous adventurer who, Gifford writes, “suggested to his friend Thomas Jefferson that traversing the American continent was feasible—inspiring the Lewis and Clark expedition.”

Ellen Davenport ’16, a current member of the club, will speak at the symposium about Ledyard’s Ecuador kayak adventure over this past winter break. “That was by far the most impactful trip I have ever been on in my life,” she says. “I pushed myself to a degree that I’ve never pushed myself before.”

Davenport says the lineup of people for the symposium epitomizes the Dartmouth experience.

“You can tell it is a group of people who have pushed their limits, both of their fields and their physical limits as explorers,” she says. “It’s a really interesting perspective on people who have taken something that they love, combined it with their other passions, and then moved it all around the world.”

Additional support for the symposium was provided by the John Sloan Dickey Center for International Understanding, the Dartmouth outdoor program, Dartmouth Alumni Magazine, and the Dartmouth Center for the Advancement of Learning.

Conservation on Tap
Thursday, April 23 at 7 p.m. in One Wheelock, Collis
A film screening on a conservation-related topic. Past films have included water pollution in Ecuador, oil drilling in Alaska, and human impact on the Grand Canyon.

Mascoma Slalom
Sunday, April 26, registration 10 a.m., start 11 a.m. at Packard Hill Covered Bridge in Lebanon, N.H.
Founded in 1963, the oldest consecutively run slalom race in the country. The event draws a wide variety of competitors from nationally ranked slalom boaters to creek boaters just trying to get through a couple of gates.