Video: The Making of the First DartmouthX Course

Registration is currently open for Dartmouth’s second online course, “The Engineering Structures Around Us,” to be taught by Thayer School of Engineering Associate Professor Vicki May.

Last year, when Professor Andrew Friedland first heard that Dartmouth was planning to produce several massive open online courses, or “MOOCs,” he was skeptical. For one thing, he didn’t think much learning could take place in an online class, and for another, he wasn’t sure how relevant online education was to a liberal arts school such as Dartmouth. 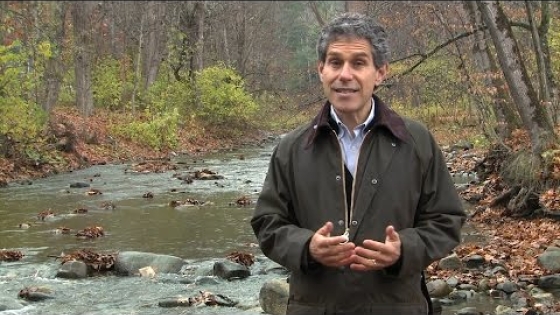 Despite his skepticism, Friedland, the Richard and Jane Pearl Professor in Environmental Studies, was intrigued, and he applied to teach one of the first classes. A year later, having led the production of Dartmouth’s first MOOC, “Introduction to Environmental Science,” Friedland has changed his mind. “It absolutely was a valuable experience,” he says.

Friedland worked closely with a host of collaborators—including instructional designers, librarians, videographers, and graduate and undergraduate students—to put together the class. In this video, he and others involved in producing the class talk about what they learned from it and how creating classes for students around the world could benefit on-campus education.

The live version of “An Introduction to Environmental Science” was wrapped up in mid-March, but students can still take the course. And registration is now open for the second DartmouthX class, “The Engineering of Structures Around Us,” which launches on May 5. Vicki May, an associate professor of engineering at Thayer School of Engineering, will teach the course.