The NCAA recently honored Division I athletic teams with Public Recognition Awards based on their most recent multi-year Academic Progress Rate (APR). For the fourth year in a row, Dartmouth led the way with the most teams honored at any one institution. Twenty-six Big Green teams were recognized this year. 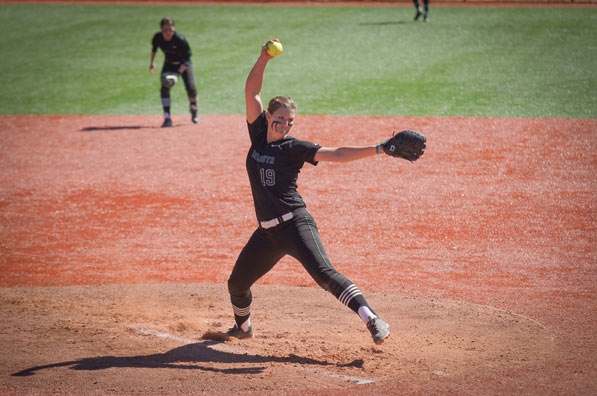 The Dartmouth softball team is one of 26 Big Green teams that earned a NCAA Public Recognition Award this year. Pictured above is Big Green pitcher Morgan McCalmon ’16. (Photo by Joshua Renaud ’17)

According to the NCAA, Division I teams calculate APRs each academic year, with ratings based on the eligibility, graduation, and retention of student-athletes.

Dartmouth has been ranked among the top three programs in the country in each of the 10 years since the award program was established. During that time, Dartmouth has received a total of 234 awards, more than any other Division I institution.