Sailing and Science in the South Pacific and the Sargasso

Two Dartmouth students have been sailing the world’s oceans aboard tall ships, modern versions of 18th-century brigantines. Christopher Dalldorf ’16 and Fredrik Eriksson ’16 enrolled in the Sea Education Association (SEA) Semester programs, which are based on SEA’s home campus in Woods Hole, Mass. 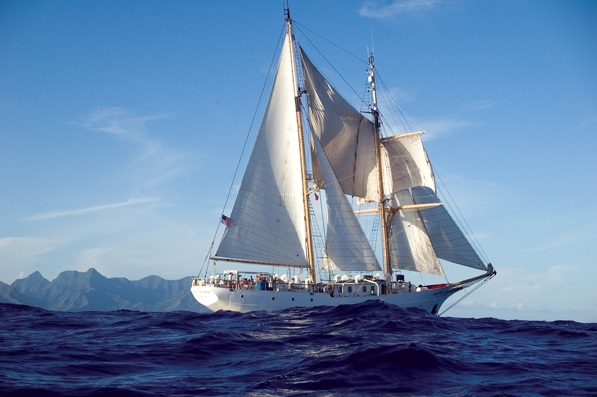 Dalldorf and Eriksson have joined the ranks of more than 100 Dartmouth students who have participated in SEA Semester programs since the organization’s founding in 1971. SEA typically offers 12 programs a year, with enrollments of up to 25 students in each program. SEA Semester voyages sail with SEA Faculty captains, oceanographers, and social scientists, along with professional shipboard staff who facilitate the scientific mission and shipboard operations and contribute to student instruction.

Dalldorf, from Greensboro, N.C., sailed on the Sailing School Vessel (SSV) Robert C. Seamans, a 134-foot brigantine, from Jan. 5 through March 19, 2015. He traveled from Auckland to Christchurch, New Zealand, stopping in the ports of Paihia, Wellington, and Dunedin along the way.

In his program, called The Global Ocean, he explored issues related to climate change, conservation, and sustainability of the world’s oceans, working toward a comprehensive, global evaluation of the human impact on the world’s oceans.

“In literal terms, I learned about oceanography, Maori culture, and maritime history, but perhaps the more useful thing I learned was adapting to a dynamic environment and operating successfully in small groups,” he says. “When you’re forced into a small group on a small ship for long periods of time and given lots of responsibilities (sail handling, steering, lookout, etc.) you learn quickly how to be both a good leader and a good follower. 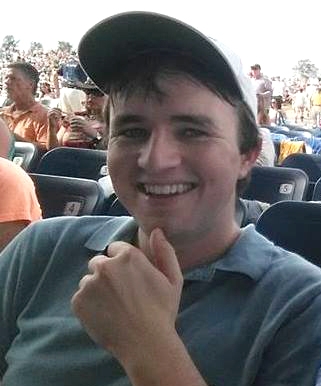 “You can imagine how six weeks on a sailboat in the South Pacific could give you a new perspective. When I was doing bow watch one dawn, I had this weird realization of how distant and isolated I was from everything but how I was still able to feel comfortable and at home. All I could see were stars, a few clouds, the moon, and the forestaysail flapping behind me, but I was content.”

When asked about the effect of the adventure on his ongoing academic studies, he says, “I always like to think that education has more to do with learning—how to learn—rather than just learning the information. Learning from pure experience (most of us had no prior sailing experience and basically had to just jump right in once we reached the boat) is definitely a different way to learn how to learn.”

Dalldorf is working toward a bachelor’s of engineering degree, with a focus on either computer engineering or biomedical engineering. “My hope for the future would be to work in some field of biotech where I get to use my interest in computers and biology in order to help people lead better lives,” he says. 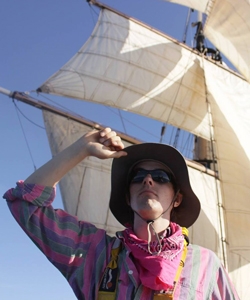 With the wind at his back, Fredrik Eriksson ’16 sails aboard the SSV Corwith Cramer in the Atlantic Ocean. (Photo by Joseph Townsend)

Eriksson, aboard the SSV Corwith Cramer in the Atlantic, began his course on March 23; it will conclude June 13. Still aboard the vessel, he is traveling between Puerto Rico and New York City after a week-long port stop in Bermuda. A native of Sweden, Eriksson is participating in a different course from Dalldorf—the Marine Biodiversity and Conservation (MBC) program.

The coursework is focused on the Sargasso Sea, a large area of calm in the North Atlantic that overlaps the fabled Bermuda Triangle. This unbounded sea is characterized by volumes of Sargassum seaweed floating on its surface and contains a profusion of sea creatures.

“While still busy with examining specimens collected on the cruise track, running various DNA analyses, we have had some time to explore the island of Bermuda on a port call,” says Eriksson.

“The MBC effort is the program most focused on the natural sciences but we also do a lot of policy work. Unlike most other programs, we come back on shore for three weeks after the cruise to continue course work,” he says. “The end product is twofold: a scientific paper and a policy plan for the Sargasso Sea.”

Eriksson and his shipmates have been covering course work in biology, including lectures on biodiversity and laboratory sessions on techniques in molecular biology. “We are writing an NSF proposal for the project we will carry out on the ship, and we will analyze data and write it up when we get back,” he says. “Some students in the past have published their research in peer-reviewed journals. This may be a possibility for me, too.”

Eriksson says his group is learning about governance of the ocean, especially the high seas, which lie beyond national jurisdiction. “We have written a paper on the ethics and values of conservation, and are now working on individual policy briefs or ‘white papers’ on various ocean policy issues,” he says. “At the end of the program, the whole group will work together to develop a plan for the Sargasso Sea, probably including some combination of Marine Protected Areas and areas with lower degrees of regulation that allow fishing, for example.

“SEA has played an important role in the conservation of the Sargasso Sea,” says Eriksson. “Faculty here have provided data and reports to aid policymakers in their conservation plans for the area.”