When Florida native Bennie Niles IV ’15, a star cornerback and National Honor Society student at Clearwater High School, visited campus as a football recruit, he knew instantly he wanted to come to Dartmouth.

He arrived thinking he might become a cardiologist. But at the College he explored new possibilities, and with support from the Mellon Mays Undergraduate Fellowship program, he left the football program, switched his major to African and African American studies, and discovered a passion for filmmaking. A graduating senior, Niles completed a film about his personal journey for his Senior Fellow project and this fall will begin work on a PhD in African American studies at Northwestern University.

Niles is one of this year’s record eight Mellon Mays Undergraduate Fellows who will graduate with the Class of 2015. The graduates join the nearly 120 students who have participated since the program—designed for students committed to diversity issues who intend to pursue careers as college professors—came to Dartmouth 25 years ago.

“Mellon Mays brings undergraduates from diverse backgrounds into an understanding of what professors of the humanities and social sciences do at a place like Dartmouth,” says Vice Provost for Academic Initiatives Denise Anthony, a professor of sociology.

“It is key to developing the pipeline that we need to diversify and strengthen the faculty at Dartmouth and at every institution in the U.S.,” she says. 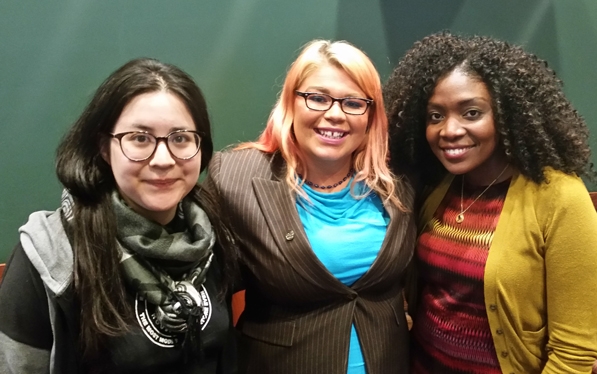 Dartmouth and Mellon Mays Fellowship alumnae, from left, Aimée Lê ’12, a PhD student in practice-based poetics at Royal Holloway, University of London; Blythe George ’12, a PhD student in sociology and social policy at Harvard; and  Shermaine Jones ’08, who begins work as an assistant professor of African American literature at Virginia Commonwealth University in the fall, visited campus last month to meet with current Mellon Mays fellows. (Photo by Michelle Warren)

In the 25 years of the program at Dartmouth, one third of the 120 Mellon Mays alumni have enrolled in PhD programs, says Michelle Warren, a professor of comparative literature and Dartmouth coordinator of the Mellon Mays Undergraduate Fellowship program.

The Andrew W. Mellon Foundation established the program in 1988 with eight founding institutions to increase faculty diversity. Dartmouth and fellow Ivies Harvard, Yale, and Princeton joined the following academic year, as did the UNCF consortium of historically black colleges and universities. The program has since grown to dozens of institutions across the country, and includes three universities in South Africa.

Mellon Mays not only enhances opportunities for underrepresented and first-generation students, Warren says, “It enhances the quality of education for all students by broadening intellectual diversity and identity diversity across all fields.”

The fellowship is named for scholar and educator Benjamin Elijah Mays, who overcame poverty and racism to earn a PhD from University of Chicago in 1935. Mays was a highly regarded scholar and a committed social activist who, as president of historically black Morehouse College, spoke widely about racial equality and non-violent action. He was a mentor to many, including Morehouse student Martin Luther King Jr.

Dartmouth expanded its commitment to the Mellon Mays program in 2005 by sponsoring an associate fellows program for three additional undergraduate scholars each year, funded by the Dean of the Faculty’s office.

It is in honor of Mays’ legacy that the program encourages fellows to enter PhD programs that prepare them not only for academic careers, but also for lives devoted to social justice, Warren says.

Mellon Mays Fellows who will begin PhDs in fall 2015: 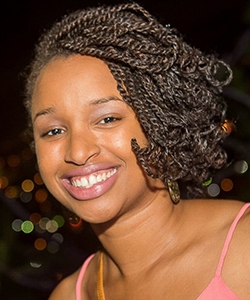 Racquel Bernard ’13 (American Studies, University of Southern California). Born in Kingston, Jamaica, Bernard is interested in the circuits of black consciousness between the United States and the Caribbean from the 1960s to the present as it relates to social movements and memory. She majored in African and African American Studies at Dartmouth and is currently completing an MA in cultural studies at the University of the West Indies with support from a Dartmouth Reynolds Scholarship.

“The Mellon Mays Undergraduate Fellowship exposed me to the paths toward graduate school and connected me with an encouraging intellectual community,” Bernard says. 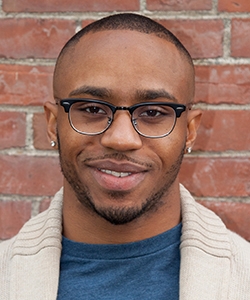 “Throughout my time at Dartmouth, Mellon Mays has nurtured my intellectual pursuits, allowing me to grow and mature as a scholar,” he says 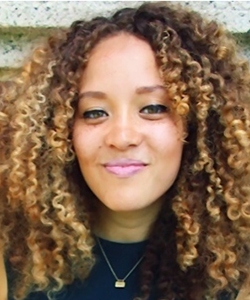 Amanda Hall ’11 (History, Yale University). Amanda’s research interests include education, human rights, and communications. She is currently completing an MA/MSc in international history at Columbia University and the London School of Economics. Her thesis, “Resistance Before the Retweet: The Global Student Anti-Apartheid Movement, 1985-88,” draws on archival material from three continents to explore the emergence of a transnational social movement. For the summer of 2015, she has received a Dartmouth General Fellowship for further archival research and language study in the Netherlands. She begins a PhD program in history at Yale University in the fall.

“The Mellon Mays Undergraduate Fellowship has been essential to advancing my academic trajectory. I wouldn’t be where I am without it,” says Hall 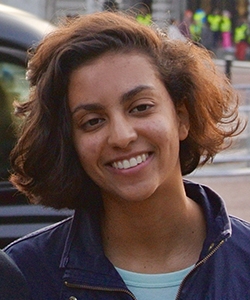 Allison Puglisi ’15 (American Studies, Harvard University). Puglisi is majoring in history, modified with women’s and gender studies. She is interested in 20th-century U.S. social movements and how activist women of color use aspects of their identity—race, gender, class, and sexuality—as political tools. Her senior thesis analyzed these issues in two related cases: “Bread and Justice: Black- and Chinese-American Women Organizing for Welfare and Workers’ Rights, 1963-1983.”

“As I explored my research topic at Dartmouth, the Mellon Mays Undergraduate Fellows program provided a supportive intellectual community, and it opened my mind to the activist possibilities of scholarship,” she says. 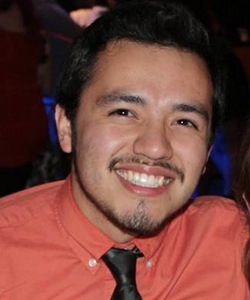 Edgar Sandoval ’14 (Geography, University of Washington). Sandoval grew up in Waukegan, Ill., in a family of first-generation Mexican immigrants. He is interested in urban social movements and the intersections between citizenship, queerness, and Latinidad. At Dartmouth, Sandoval majored in geography and carried out a research project in Miami about the performance of masculinity for gay Latinos.

“MMUF provided me a space to make mistakes and learn from them in a way that taught me about the importance of inclusive and critical pedagogy for teaching and mentorship,” Sandoval says.