Dartmouth was well represented at the recent USA Track and Field Outdoor Championships in Eugene, Ore. this past weekend, with three former Big Green standouts qualifying for the IAAF World Championships being held in Beijing later this summer. 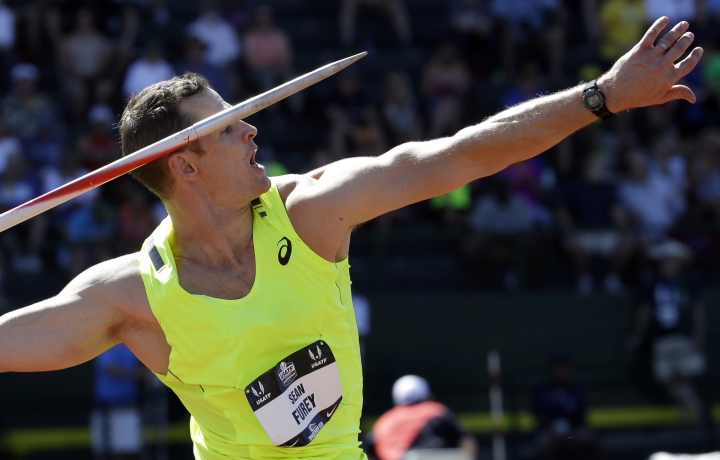 Sean Furey ’04, Thayer ’05 and ’06, won his third national title in the javelin, earning a spot at the World Championships in China in August. Photo by Don Ryan/Associated Press

Former Dartmouth All-American Sean Furey ’04, Thayer ’05 and ’06, won the javelin—the third U.S. title of his career—at the championships on June 25. Furey’s final throw of the day was measured at 83.08 meters, a personal record.

Furey will be joined in China by Abbey D’Agostino ’14 and Ben True ’08.

D’Agostino punched her ticket to Beijing in dramatic fashion. The seven-time collegiate national champion and 13-time All-American in cross country and indoor and outdoor track finished third in the 5,000-meter with a time of 15:06.59, a personal record. D’Agostino, who runs professionally for the New Balance Running Team, finished ahead of the fourth-place finisher by less than a second.

The Big Green’s Colin Minor ’18 finished fifth in the hammer throw in the junior meet that ran in conjunction with the national championship meet.