The Dartmouth community mourns the passing of Summer Hammond, a member of the Class of 2017, who died Monday, July 20, at Dartmouth-Hitchcock Medical Center in Lebanon, N.H., more than four years after being diagnosed with cancer.

She will be remembered for her love of animals, her sunny disposition, and her fierce determination to beat back cancer. 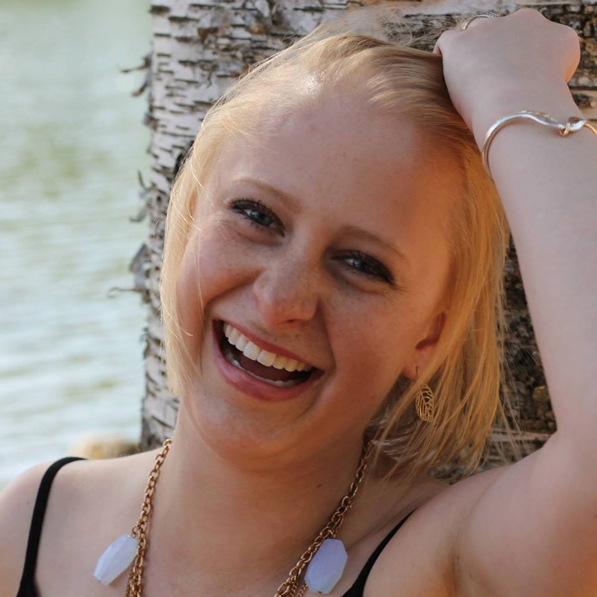 “I have been in contact with Summer’s parents to share our deepest sympathies with them at this time of heartbreaking loss,” wrote President Hanlon. “Our thoughts are with Summer’s family, friends, and the entire Dartmouth community at this difficult time.”

Hammond’s family is planning a memorial service to be held in the fall.

Hammond was a member of Kappa Kappa Gamma sorority and was the house’s public relations chair. She wanted to be a veterinarian, played on Dartmouth’s women’s club soccer team, and spent winter term 2015 on a foreign study in Argentina.

Most of all, say those who knew her, Hammond was a true friend. She was enthusiastic about life, packing her days with activities, volunteering for cancer research fundraisers, and reaching out to others to make sure no one was left out of whatever happened to be going on.

“Summer had a short life, but the way she lived her life is what the women of Kappa and her fellow students are always going to remember,” says Lynne Gaudet ’81, alumni adviser to Kappa Kappa Gamma and director of leadership in the College’s Office of Alumni Relations. “We are all heartbroken. Summer was loved by the Dartmouth community. We are so lucky her family shared her with us.”

Hammond raised money for this year’s Prouty, the cancer research fundraiser held each year by Dartmouth-Hitchcock and the Norris Cotton Cancer Center, and played a few holes of golf during the July 11 event. She also participated in the American Cancer Society’s annual Relay for Life in May and this year was one of the event’s top 25 fundraisers. Also in May, Hammond was a member of her sorority’s team in the first Memorial Challenge, a physical fitness fundraiser created to honor Hammond’s sorority sister Blaine Steinberg ’15 and Torin Tucker ’15, both of whom died unexpectedly in 2014.

Hammond always wore a green bracelet that said “Live Like Blaine,” which Steinberg’s family had had made for her friends.

“If we can make even a quarter of the difference in the world that Summer and Blaine made in their 20 years, we’re doing really well,” said Hammond’s friend and sorority sister Tanya Budler ’15, of Boston. “Summer was a bubble of positivity.”

Vice Provost for Student Affairs Inge-Lise Ameer urged students and others to reach out for support in dealing with Hammond’s death.

“At this time of loss, I want to be sure that you are taking care of each other and that you know how to find support in the coming days and weeks. If you are struggling, or if you know someone who is having a difficult time, please don’t hesitate to reach out to the Undergraduate Deans Office, our counseling staff, College chaplains or the Office of Pluralism and Leadership,” Ameer wrote Tuesday in an email to students.

Those seeking support can contact the dean on call or the counselor on call through Safety and Security at (603) 646-4000 at any hour.

Ameer’s office is collecting written remembrances of Summer and will pass them along to Summer’s parents, Sharon and Sterling Hammond. The notes should be sent to Hinman Box 6003 or left at the front desk at 102 Parkhurst.

Hammond came to Dartmouth from Centennial, Colo., and was a graduate of Grandview High School in Aurora, Colo. As a high school senior, she was one of several students honored for their “powerful stories of struggle and strength” by the Cherry Creek School District Parents’ Council.

A story about the 2014 council event on the school district’s website said Hammond had learned that she had cancer the day of her 16th birthday. Then, after more than a year of chemotherapy and radiation, she was in remission and free of cancer. The story said Hammond had worked to “maintain a positive attitude and stay active throughout her treatment, and that other cancer patients inspired her during her darkest days.”

“Summer didn’t want anybody feeling sorry for her,” says Gaudet. “She packed as much as she could into the time that she had.”