Dartmouth Associate Professor of Biological Sciences Amy Gladfelter is being honored by the American Society of Cell Biology (ASCB) with its Women in Cell Biology Mid-Career Award for Excellence in Research. ASCB is a network of about 9,000 cell biologists in more than 62 countries. 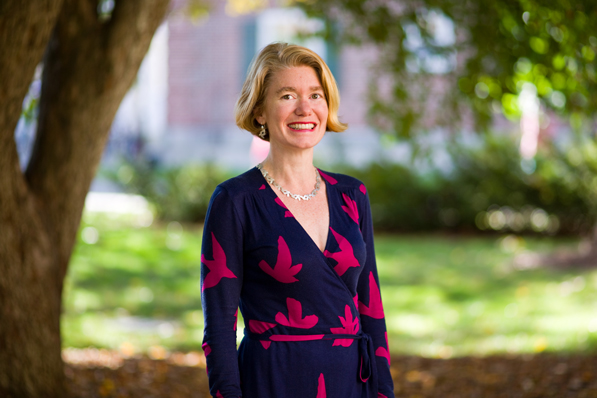 “I think the award provides validation for taking some of the risks intellectually over the years. It tells me people appreciate that there is value in these unexplored corners,” says Amy Gladfelter, an associate professor of biological sciences. (Photo by Rob Strong ’04)

“It’s a really neat award,” Gladfelter says. “I was completely surprised when they called me about it. It’s a real honor, that’s for sure.” She will receive the award at the ASCB Annual Meeting in mid-December in San Diego.

“I could not be happier for Amy. Although, I admit, I am not surprised by her win of this award,” says Elizabeth Smith, associate dean for the sciences at Dartmouth. “She has had a consistent track record of outstanding research, pushing the limits of imaging technology and its application to addressing important questions in cell biology. In terms of Women in Cell Biology awardees, she finds herself in the company of numerous National Academy of Sciences members as well as a Nobel laureate.”

Gladfelter, who joined the Department of Biological Sciences in 2006, is also an associate professor in the Molecular and Cellular Biology Graduate Program and a member of the Cancer Mechanisms Research Program of the Norris Cotton Cancer Center at Dartmouth Hitchcock Medical Center.

“I have pursued a lot of questions along the way that weren’t conventional. They weren’t the mainstream that everybody was working on,” says Gladfelter. “I think the award provides validation for taking some of the risks intellectually over the years. It tells me people appreciate that there is value in these unexplored corners.”

Much of the activity in her lab is very basic, curiosity driven work but it ultimately relates to human pathologies. For example, in her research on cell organization, she has found useful roles for protein aggregation—a phenomenon where protein molecules accumulate and clump together. These aggregates were previously thought to just be a disease pathology relevant to neurodegenerative disorders. “My work examines how cells might avoid the formation of those aggregates and how they actually could employ them in useful ways, and not to just have them there for disease,” she says. “Almost everything we are working on pertains to a disease, although it is more at the level of ‘how do we understand how it functions in a normal context.’”

Gladfelter spends her summers in Woods Hole, Mass., “a really magical place,” she calls it. “I move part of my lab down to the Marine Biological Laboratory each year and we test-drive some of the world’s most cutting-edge microscopes. We are also here with a larger community of cell biologists, all looking at fundamental cell organisms. It is a really rich community of people. It’s really a special place.” 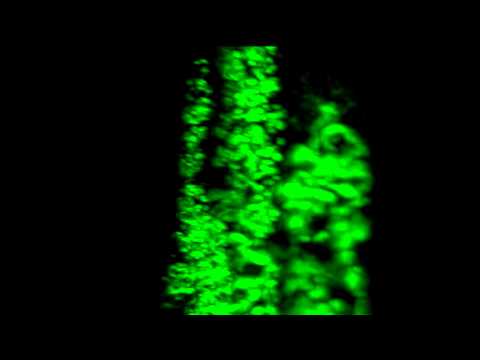