Gifts in excess of $10 million from longtime supporters of Dartmouth and the Hood Museum of Art will endow the director’s position at the Hood, Provost Carolyn Dever announced today. 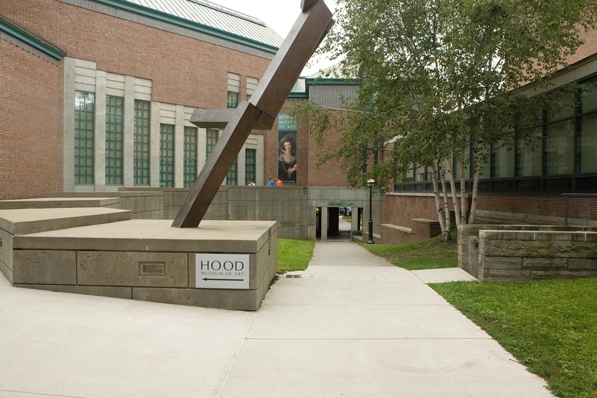 The search for the inaugural Kelsey Director of the Hood Museum of Art is underway. (Photo by Joseph Mehling ’69)

“The Kelseys’ commitment and generosity to the Hood Museum of Art—and to Dartmouth—are deep rooted and open hearted, and the College is grateful,” says Dever.

“We know firsthand that intimate encounters with art can have a profound impact on people’s lives, and the Hood Museum of Art makes these encounters possible for students, faculty, and the entire community every day,” says Virginia Kelsey. “It’s a pleasure to be able to demonstrate our support of the museum’s leadership.”

Preston Kelsey is a retired Episcopal minister. Virginia Kelsey is an artist and sculptor. The couple has long-standing ties to the Upper Valley and returned to the region full-time 17 years ago. In addition to their generosity to the Hood, the Kelseys have supported many areas of the College, including Dartmouth-Hitchcock’s Norris Cotton Cancer Center through the endowment of the Preston T. and Virginia R. Kelsey Distinguished Chair in Cancer at the Geisel School of Medicine, currently held by Mark Israel.

The search for the inaugural Kelsey Director of the Hood Museum of Art is underway. Dean of Libraries and Librarian of the College Jeffrey Horrell is chairing the search committee, with support from the search firm Russell Reynolds Associates. The College hopes to announce the new director by early next year.

The Hood is undergoing a $50 million expansion, designed by world-renowned architects Tod Williams and Billie Tsien, to dramatically enhance the museum’s ability to fulfill its teaching mission, including a significant increase in the museum’s object-study and gallery spaces, and a more welcoming and visible entryway from the Green. The Hood expansion is part of Dartmouth’s overarching vision to establish a vibrant Arts and Innovation District on campus. This vision includes the 2012 dedication of the Black Family Visual Arts Center, the creation of an Innovation Center and New Venture Incubator at Currier Place, and a forthcoming renovation of the Hopkins Center for the Arts.

Widely regarded as a preeminent academic teaching museum, the Hood cares for one of the oldest and largest collections of art and artifacts in the United States, dating to 1772. The Hood annually organizes more than 150 programs for college, public, and regional school audiences and mounts approximately 15 exhibitions each year. Collection highlights include American and European prints, paintings, and sculpture as well as important holdings of ancient, Native American, African, Aboriginal Australian, and Melanesian art, and modern and contemporary art from around the world.