This year’s Old Farmer’s Almanac is hot off the press—bearing ominous predictions for the Northeast. The latest edition of the publication, which was founded in 1792 by American journalist Robert Bailey Thomas, forecasts a bitterly cold winter and lots of snow. 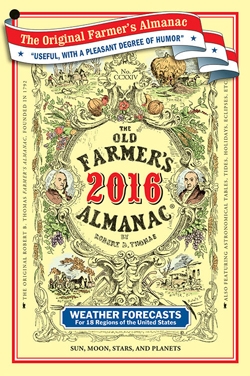 The Almanac has an enthusiastic following—witness the more than 10 million monthly visits to its website and the millions of copies sold annually. But as a source of information to base one’s plans on, it isn’t everyone’s choice.

Despite all the fans and believers, many scientists remain skeptical of the Almanac’s prognostications. Stories in major news outlets, including The Washington Post, USA Today, the Associated Press, and CBS News, have incorporated a tweet from Houston meteorologist Matt Lanza: “Using The Farmers’ Almanac for a seasonal meteorological outlook is about as good as going to a psychic.”

Expressing a similar sentiment is at least one Dartmouth climatologist. “The Old Farmer’s Almanac should be read for entertainment, but not for serious long-term weather forecasts,” says Erich Osterberg, an assistant professor of earth sciences.

“It is extremely difficult to predict the weather for any location more than a week in advance with any accuracy,” Osterberg says. “Long-term climate forecasts by professional meteorologists are based on our ability to predict with some reliability, months in advance, large-scale patterns of ocean temperature and air pressure like El Niño.”

Janice Stillman, the editor of the Almanac, says she and her staff have a tried-and-true approach they’ve used for many years. “We make our weather forecasts based on three scientific disciplines—solar science, climatology, and meteorology. We use 30-year averages that are calculated by the National Weather Service, and our predictions are expressed as deviations from these norms.”

Stillman stresses The Almanac’s reliance on fluctuations in sunspot cycles, a longstanding priority going back to the publication’s earliest days. “The number and size of sunspots and the cycle of activity are an indication of what we can expect for the years, and sometimes decades, to come,” she says. “It’s the solar science that distinguishes our forecast methodology from just about everybody else out there. Our critics do not believe that the sun has much of any influence on our weather and our climate.” 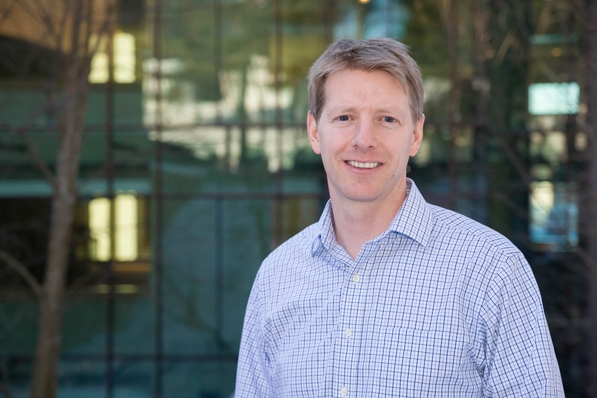 Dartmouth’s Erich Osterberg says, “The Old Farmer’s Almanac should be read for entertainment, but not for serious long-term weather forecasts.” (Photo by Eli Burakian ’00)

For the coming winter, El Niño or no El Niño? That is certainly one of the questions up for debate.

“The Pacific Ocean is showing persistent signs of developing a major El Niño event, perhaps one of the strongest on record,” says Osterberg. “Looking at medium-strong El Niño years in the past, the Northeast had slightly warmer temperatures and average to below average snowfall. However, Northeast winter weather is also affected by atmospheric pressure patterns near Europe known as the North Atlantic Oscillation, which we can’t predict more than a couple of weeks in advance.”

Says Stillman: “We concede to Mother Nature if indeed El Niño does develop, but again, based on our study of long-range influences of the solar cycles and a number of other factors, we don’t think that this El Niño will be as significant as a lot of people have made it out to be.”

So who’s right this year, about El Niño and all the rest? As always, time will tell.