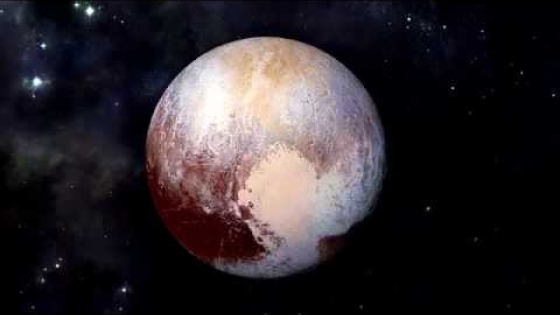 Since the NASA spacecraft New Horizons’ flyby of Pluto in July, a feat The New York Times described as “a triumph of human ingenuity, the capstone of a mission that unfolded nearly flawlessly,” the world has been amazed and fascinated by the craft’s close-up photographs of a planet billions of miles from Earth.

“It’s an incredible technological feat,” says Marcelo Gleiser, a professor of physics and astronomy and the Appleton Professorship of Natural Philosophy.

Why do people get so excited about Pluto, you know, what’s the story there? Well, first of all because it was ‘the little guy’ out there, and I think people relate to that,” says Gleiser. “It was a little forgotten until very recently, when that very far away dot of light became a full-blown world.”

He says that we are already learning new things about Pluto, secrets the planet may harbor from the earliest days of the solar system. “It carries with it the memory of what was going on 4.5 billion years ago, when the sun and all the planets were born. Looking at Pluto, we are essentially looking at our own past. We are looking at our origins.”