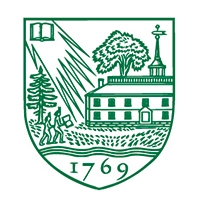 “This year’s 8.3 percent return is consistent with our long-term investment goal of 8 percent and contributes to the endowment’s purpose of providing maximum sustainable support to current and future generations of Dartmouth students,” says Chief Investment Officer Pamela Peedin ’89, Tuck ’98. “This year saw a wide range in capital market returns across asset classes. For Dartmouth, natural resources and emerging markets detracted from overall endowment performance, while venture capital and real estate were the primary contributors, with venture capital generating a return of more than 30 percent.”

Dartmouth’s endowment provides operating support to the institution over the long term. The investment objective of the endowment is to generate inflation-adjusted investment returns in excess of distributions to the College to support Dartmouth’s broad mandate of teaching and research excellence.

For the 10 years ending June 30, 2015, Dartmouth’s endowment has generated an average annualized return of 8.8 percent, outperforming the 7.9 percent average annualized return for the Standard & Poor’s 500 Stock Index and the 6.0 percent return of a general 60 percent equity/40 percent bond benchmark return over the same period. Over time, Dartmouth has benefited significantly from having a globally diversified and actively managed portfolio.

“Growth in the endowment year-over-year net of spending drives Dartmouth’s ability to pursue strategic priorities,” says Trustee Richard Kimball ’78, chair of the board’s Investment Committee. “An 8.3 percent return for fiscal year 2015, given the investment landscape during this time period, is a strong result for Dartmouth.”

As of June 30, 2015, the endowment value of $4.7 billion reflected an increase of $196 million over the previous end-of-year value. The increase reflected net investment gains of $350 million and new gifts and transfers of $60 million, offset by distributions of $214 million to support Dartmouth programs. The endowment funds more than 20 percent of the institution’s annual operating budget.

“Dartmouth’s strong long-term investment performance record is a critical part of our foundation in pursuing excellence in education, innovation and research, and our commitment to need-blind financial aid. In fact, the endowment has distributed more than $1.8 billion to the institution over the last decade, which is a testament to Dartmouth’s generous donors and to the power of the endowment model,” says President Phil Hanlon ’77.

The endowment provides financial support to the entire institution, including undergraduate and graduate Arts and Sciences, the Geisel School of Medicine, Thayer School of Engineering, and the Tuck School of Business.