“At one point you feel like you’re being pulled into a wormhole in the space-time continuum,” says Professor Daniel Rockmore, the director of the Neukom Institute for Computational Science. “It’s an all-encompassing experience.” 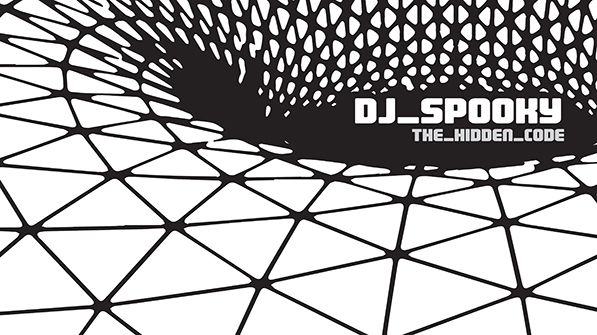 “The Hidden Code,” a new album commissioned by the Neukom Institute, features music by Paul D. Miller—aka DJ Spooky—inspired by his conversations with eight Dartmouth scientists.

Miller will perform the work for an audience for the first time at the Museum of Science Boston’s Charles Hayden Planetarium on Sept. 24, complete with a 3-D light show designed by the planetarium’s award-winning staff.

The album, which will be released Sept. 3, includes performances by Dartmouth physicists Stephon Alexander (on saxophone) and Marcelo Gleiser (reading poems from his book A Tear at the Edge of Creation). Both Alexander, the Ernest Everett Just 1907 Associate Professor in the Natural Sciences and an associate professor of physics and astronomy, and Gleiser, the Appleton Professor of Natural Philosophy and a professor of physics and astronomy, will appear with Miller at the planetarium on Sept. 24. 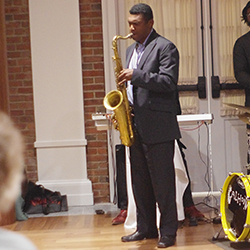 “When was the last time a science professor at an Ivy League school is hanging out talking to a DJ about an idea they think is interesting or beautiful? I think that breaks down the cultural perceptions of what it means to do something cool,” says Alexander.

The project was a natural fit for the Neukom Institute, says Rockmore, the William H. Neukom 1964 Distinguished Professor of Computational Science. “Paul is well known for the amazing digital, multimedia techniques he uses in his music—which at the end of the day are made possible by computational science—so there’s a direct Neukom Institute connection.”

The concept originated during a conversation between Rockmore and Alexander about ways the sciences could engage with the arts. “We thought it would be good to get an artist who is interested in artistic connections to the sciences,” says Alexander. “So we reached out to Paul, and from there the project unfolded very naturally.”

On his visits to Hanover, Miller toured labs and talked with participants about their research, looking for common threads. 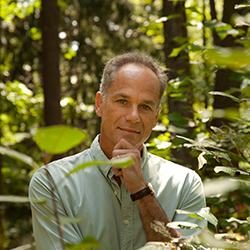 On the album, Professor Marcelo Gleiser reads poems from his book “A Tear at the Edge of Creation.” (Photo by Joseph Mehling ’69)

Rockmore says the project is part of an effort to increase public awareness of science and scientific awareness of the role the arts can play in science. “It’s fun and important to talk to people who aren’t scientists about science. Artists have different takes on what scientists do, and they often have much more powerful means of communicating their ideas. The scientific process speaks to the artistic process and vice versa.”

This is not Miller’s first collaboration with Dartmouth faculty. The internationally known artist completed his project The Book of Ice, about Antarctica, as a visiting fellow in the College’s Institute of Arctic Studies in 2009. The author of four books, his work includes collaborations with artists from Metallica and Chuck D to Steve Reich and Yoko Ono.

About The Hidden Code, Rockmore and Alexander agree.

“I think it’s a damn good album,” says Alexander, who calls it “a good warm-up” for his next book, The Jazz of Physics, about jazz improvisation and modern physics, which will be published next spring by Basic Books.

Rockmore says the Neukom Institute is looking for ways to bring The Hidden Code to other venues—including Dartmouth.

In the meantime, the music will be available for streaming beginning Sept. 3 at thehiddencode.dartmouth.edu. For more information about the Museum of Science Boston premiere, visit http://www.mos.org/public-events/the-hidden-code.