The work of influential new music composer Christian Wolff, a Dartmouth professor emeritus, will be celebrated in a two-day series of concerts and events called “The Exception and the Rule,” set for Oct. 23-24. 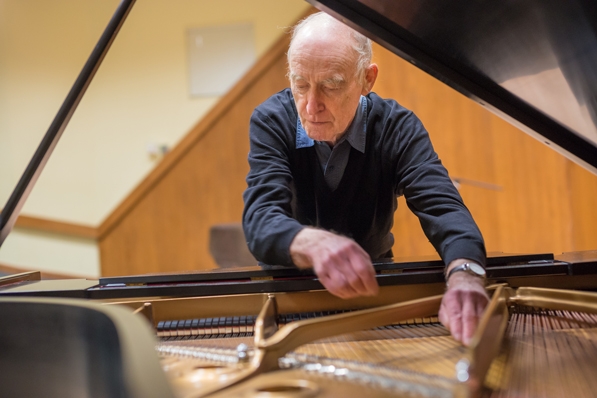 A world-renowned composer whose ideas about sound have influenced contemporary music, Wolff has collaborated with artists including composer John Cage and choreographer Merce Cunningham and has devised approaches to music that have influenced generations of musicians and artists. The celebration will feature composers, musicologists, and performers and explore Wolff’s body of work and the invention, social activism, and curiosity that has animated his music.

“This celebration is our attempt to plumb the depths that Christian has brought to Hanover, depths that defy celebration,” says Department of Music Chair Steve Swayne, the Jacob H. Strauss 1922 Professor of Music. Swayne says that Wolff “pushed people and sound and form and art to their boundaries and beyond.”

“The Exception and the Rule”

Wolff “may be more astonished at what has happened in the world of music because of him than are those who gather for this celebration,” says Swayne. Wolff is professor emeritus of music and classics and held the Strauss chair before his retirement in 1999.

“Christian Wolff’s position in circles of formative 20th century composers is unassailable,” wrote the journal Sound American in a December 2014 issue that was devoted to Wolff’s music. “Yet, he has managed to quietly live a life of family, work, and making music. In the pages of this journal, the word ‘iconoclast’ has been thrown around a lot, as well as the idea of some transcendental American maverick musical figure. Christian Wolff is the quietest, most rigorous, and fiercely original version of both the word and the idea.”

Wolff has been considered a force in experimental music for most of his life. Over six decades, his methods and results have enthralled many fellow artists, musicians and composers—from the late Cunningham, who used many Wolff compositions with his dances; to the punk rock group Sonic Youth, which included works by Wolff on its 1999 album Goodbye, 20th Century; to the experimental composer John Cage, who described Wolff’s music as “like the classical music of an unknown civilization.”

One of Wolff’s major contributions has been compositions that give performers choices rather than telling them what notes to play and for how long, with instructions that prompt them to improvise according to particular guidelines and cues from other performers. Some scores intersperse passages of conventional notation with written instructions; while some “prose scores” consisting solely of text instructions. He also created “semi-graphic scores” like his often-performed Edges (1968): a sheet of symbols signifying various sorts of sounds, accompanied by instructions stating that it can be played by any number of performers, using any instruments (or voices), with each player deciding what symbol to perform when and for how long.

Wolff began studying piano as a child but by early adolescence had concluded he would never be good enough for a career as a concert pianist. Falling in love with Bach’s Brandenburg Concerto, he tried to write his own work in that vein, but quickly realized he couldn’t repeat the past. Falling under the spell of the music of Bartok, Schoenberg, Webern and Berg, he began writing in his own invented “12-tone” system and showed these compositions to his piano teacher, Grete Sultan. She suggested he take composition lessons from her friend John Cage, who had studied with Schoenberg and had made his name with music for percussion and prepared piano that inspired many but bewildered audiences. After six weeks of lessons from Cage, the teacher told Wolff the lessons were done. The point of the exercises had been to develop discipline, something Wolff’s compositions already evidenced, so Cage said Wolff should go on composing. Their friendship endured and Wolff became a close associate of Cage and his artistic circle.

Wolff received a BA and PhD in classics from Harvard University and taught at Harvard until 1970. Interviewing for a job in Dartmouth’s Department of Classics, he ended up also teaching comparative literature and music, the latter thanks to his nascent fame as a composer.

The Dartmouth Department of Music and the Hopkins Center have created a commemorative booklet as a companion to the celebration that includes an essay by New Yorker music critic Alex Ross, an interview of Wolff by his former Dartmouth colleague Larry Polansky, and interviews with others about Wolff’s work. 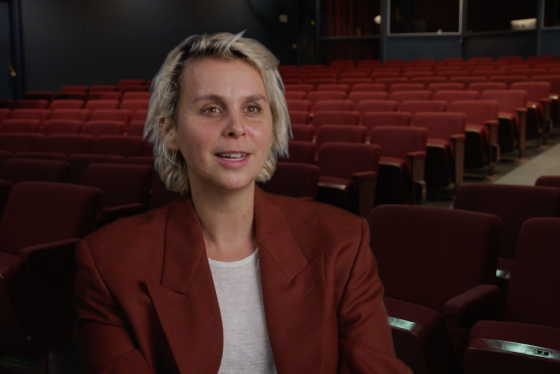