Looting of Syria’s important archeological sites by the Islamic State (ISIS) has been well documented, however assessing the damage to these sites has been limited as conflict continues in Syria. But Jesse Casana, an associate professor of anthropology, has found a way around the problem, using archives of satellite imagery to look at almost 1,300 archeological sites in Syria, reports The Washington Post.

His research found that while there has been significant looting in ISIS-controlled areas, “looting may have been even more widespread in areas controlled by opposition forces or the Kurdish People’s Protection Unit (YPG),” the story says.

“Most media attention has focused on the spectacles of destruction that ISIS has orchestrated and posted online, and this has led to a widespread misunderstanding that ISIS is the main culprit when it comes to looting of archaeological sites and damage to monuments,” Casana says in the story.

The Post reports that in his research, published in the journal Near Eastern Archaeology, Casana got access to archives of a satellite data company’s images dating back to 2007, and also from sources including declassified imagery from a CIA-operated satellite dating back to the 1960s.

Date
9/02/2021
Body
Pottery vessels that had held beer were found with human remains in a platform mound.
Image
Thumbnail 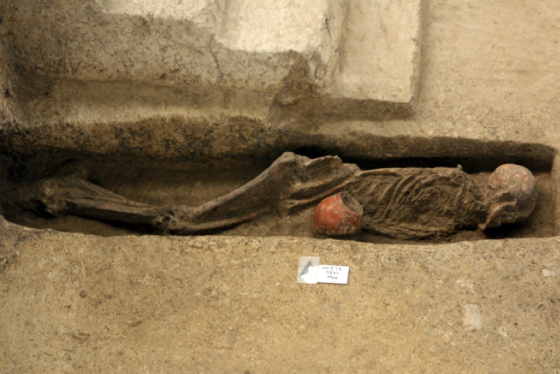