“By far the most dangerous challenge is that from religious fanaticism,” says award-winning novelist Salman Rushdie, who will speak in Spaulding Auditorium in the Hopkins Center for the Arts at 4.30 p.m. on Oct. 26. 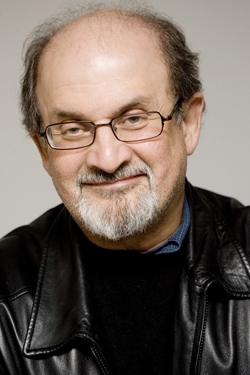 “To face it, I tell students, they must learn to be clear-sighted about what’s going on, and not distracted by a desire to appease, or to be politically correct, or by fear.”

The author of the Booker Prize-winning novel Midnight’s Children and The Satanic Verses will discuss how traditions of fantastical stories—from fabulist tales of the East to Western folk stories—influence modern literature, and why they still matter today. The event is sponsored by the Office of the President and the Montgomery Endowment.

Rushdie has had more practice than most at maintaining clear sight in the face of intimidation. He lived for more than a decade under threat of death from Islamic fundamentalists after Iran’s Ayatollah Khomeini issued a 1989 fatwa condemning his publication of The Satanic Verses—an experience the author describes his 2012 memoir Joseph Anton.

Following his talk, Rushdie will discuss his work with Associate Dean of Arts and Humanities Barbara Will and take questions from the audience.

In an email, Rushdie describes how he became a writer. “I had no advice from anyone. I just went ahead and did it and learned how to be a writer by writing. It took me a dozen years but it was worth it. I’m not good at recommending career paths to anyone. But writers are people who write and finish books and that’s what any aspiring writers should do.”

Rushdie has written 12 novels, including, most recently, Two Years Eight Months and Twenty-Eight Days, which was published in September, as well as a book of short stories and several works of nonfiction.

His novel Midnight’s Children tells the story of children born at midnight on August 15, 1947—the moment India officially gained independence from England—whose fates are intertwined with that of their nation. Midnight’s Children was named the “Booker of Bookers” in 1993 and the “Best of the Booker” in 2008.

Rushdie is one of several leading literary figures to visit Dartmouth during this academic year. On Oct. 20, fellow Booker Prize-winner Michael Ondaatje will read and answer questions at an event sponsored by the Leslie Center for the Humanities.

The Leslie Center will also host Pulitzer Prize-winner Jhumpa Lahiri on Feb. 2, 2016; former Poet Laureate of the United States Robert Pinsky on April 7; and Orange Prize-winner Zadie Smith on May 16.

Date
7/07/2021
Body
Operating decisions related to the pandemic to be managed by the provost and the EVP.
Image
Thumbnail 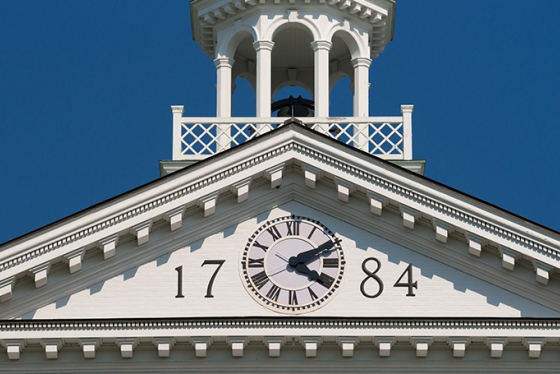