James Wright Is a Contributor to PBS Film ‘Debt of Honor’ 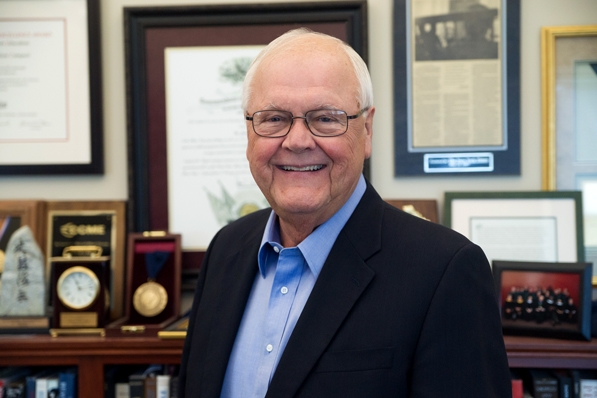 “Our history of caring for returning veterans has evolved from the time of the Civil War,” says President Emeritus James Wright. (Photo by Eli Burakian ’00)

The film explores how the American government and society as a whole have regarded disabled veterans throughout history, from the aftermath of the Revolutionary War through today’s continuing conflict in the Middle East. Wright appears several times in the hour-long documentary, discussing the challenges of returning servicemen and women through American history, and talking about current veterans’ issues and the costs of war.

“Our history of caring for returning veterans has evolved from the time of the Civil War,” Wright says. “Of course, advances in field medicine have dramatically reduced the number of deaths on the battlefield, but these same improvements have increased the number of veterans coming home with severe injuries.

”We have come to appreciate better the needs of veterans, but we have to do more. These men and women deserve more than to become wards of the state. We have to enable them to go on and do the great things that they certainly can do,“ Wright says.

The producers credit Wright as a Marine veteran and historian who has worked with the American Council on Education to create an educational counseling program that has served hundreds of wounded U.S. veterans since 2007. Other on-camera voices in Debt of Honor include Illinois U.S. Rep. Tammy Duckworth and former Georgia Sen. Max Cleland, both politically involved disabled veterans. Contributors also include leading academics in the fields of disability studies, American history, and psychiatry, as well as Admiral Mike Mullen, the former Chairman of the Joint Chiefs of Staff.

Burns, founder of Steeplechase Films, wrote and produced the critically acclaimed, eight-part series New York: A Documentary Film, and worked on The Civil War films with his brother Ken Burns.

”There is a real necessity to bridge the gap between civilians and those who have served in the military,“ says Ric Burns. ”It is our hope that the film will encourage a candid discussion in communities across the country, and create understanding and awareness of the sacrifices involved in military service."  They filmed Wright in the Treasure Room of Baker Library in June of 2014.

On Monday, Nov. 9, the New York Historical Society in Manhattan will host an advance showing of Debt of Honor and sponsor a public forum featuring Burns, Wright, and documentary co-contributors Charles Marmar, a leading expert on post-traumatic stress disorder, and J.R. Martinez, an actor, author, and a seriously injured and burned Iraq war veteran who is spokesman for Operation Finally Home.

Debt of Honor will air on New Hampshire and Vermont Public Television stations at 9 p.m. on Nov. 10. 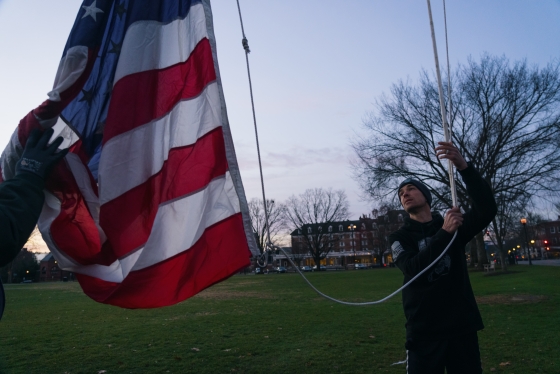