Muhammad Ibrahim Khan, GR ’15, has been named a 2016 Marshall Scholar. The scholarship will allow him to pursue a master’s of philosophy in Islamic studies and history at Oxford University. 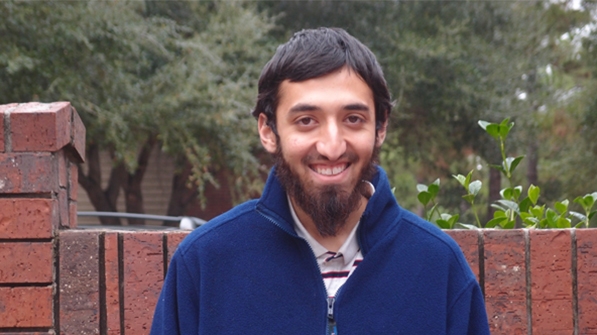 Up to 40 Americans each year are selected for the award, which was created by the government of the U.K. in 1953 to “strengthen the enduring relationship between the British and American peoples, their governments and their institutions,” according to the program’s website. The scholarship is named in recognition of U.S. Secretary of State George C. Marshall’s work to restore Europe in the aftermath of World War II.

“This is a proud moment for the entire Dartmouth community,” says Provost Carolyn Dever. “Ibrahim embodies the intellectual curiosity and adventurous spirit that are at the heart of our liberal arts mission. I am delighted that the Marshall Aid Commemoration Commission has recognized Ibrahim’s accomplishments and his potential.”

Khan’s research at Oxford will focus on classical Islamic law from the 10th, 11th, and 12th centuries.

Alumnus Passionate About Global Health Is a 2010 Marshall Scholar

“I’ve always been interested in the idea of Islamic law, a field of study that has been ignored in much of academia but requires more attention,” Khan says. “It’s a structure of law that existed in most of the Muslim world for more than a thousand years until colonialism, and then it disappeared all of a sudden. Many of the ways we understand Islamic law today come to us from colonial times. That leads to a lot of problematic understandings.”

He is looking forward to delving into Oxford’s archives, which hold “some of the oldest manuscripts and some of the only manuscripts we have that tell us how law functioned in the medieval past.”

Khan, currently a visiting graduate student in history and anthropology at Rice University in Houston, earned his bachelor’s degree in English and cognitive science in three years from Rice, then came north to Dartmouth to complete the comparative literature master’s program through a Dartmouth fellowship. At Dartmouth he worked with Assistant Professor of Arabic Lara Harb (now at Princeton) and Associate Professor of Comparative Literature and African and African American Studies Ayo Coly.

“I sort of considered Dartmouth my fourth year of undergraduate,” he says. “It was great—I had wonderful, supportive professors, and the student body in general is great. And Dr. [Jessica] Smolin and the Scholarship Advising Office are wonderful as well—they’re the ones who encouraged me to apply for the Marshall.”

“Ibrahim is endlessly curious. Anything he doesn’t know, he thinks he should. He is a tireless and imaginative researcher,” says Associate Professor of Religion Kevin Reinhart, who advised Khan on a graduate research paper.

“He will be great for the Marshall program because he is a very fine scholar and representative of Dartmouth and U.S. students,” Reinhart says. “He is also a Muslim scholar with a strong commitment to his heritage and to academic research methods and approaches. I’m thrilled for Ibrahim and utterly confident that he will go on to be a major contributor in Islamicate history studies.”

At Dartmouth, Khan tutored undergraduates through Research, Writing, and Information Technology (RWIT), for which he was awarded the RWIT Tutors’ Choice Award; interned at the Institute of Writing and Rhetoric; and volunteered as a chaplain in a Vermont state prison.

“Ibrahim was a joy to have as a student, thanks to his keen intellect and his passion for literature as a force for liberation,” says Laura Edmondson, an associate professor of theater. “I was also impressed with his efforts to connect with his fellow human beings of all backgrounds—he approaches the world with deep humility and a strong curiosity. I am delighted that he has received this honor.”

His volunteer service includes work with Syrian, Iraqi, Burmese, and Somali refugees in Houston as well as advocacy for an autism and special needs organization in the Houston area.

After Oxford, Khan hopes to earn a JD/PhD focusing on Islamic law in the colonial period. “I’m very interested in intellectual history and the way in which it relates to law and legal history—thinking about how the current world order as we know it emerged.”

Khan describes receiving the news. “It’s this moment you first imagine when you begin applying for the Marshall—of the famous early morning phone call that congratulates you on winning—and then you actually get the call. It’s surreal.

“On one level, you feel relief that you don’t need to tell the countless people—parents, professors, mentors—that you didn’t make it, despite all their hard work. On a deeper level, there’s this excited anxiety: this is such a tremendous opportunity, how do I make the most of it? You feel humbled that you’ve been selected—and you feel grateful and wondrous that you’ve actually stumbled upon this.”

Past Marshall Scholars include U.S. Supreme Court Justice Stephen Breyer, Pulitzer Prize-winning journalist and Washington Post columnist Anne Appelbaum, and former director of the Office of Management and Budget Peter Orszag. Khan is Dartmouth’s first Marshall Scholar since 2010, when Zachary Kaufman ’10 was awarded the grant to study epidemiology at the London School of Hygiene and Tropical Medicine.

Jessica Smolin, assistant dean for scholarship advising, says, “We are delighted that Ibrahim will represent Dartmouth as a Marshall Scholar. He will be a wonderful ambassador and, I hope, an inspiration to Dartmouth students to pursue this fantastic opportunity.”

For information about applying for Marshall Scholarships and other programs, and to see a list of past recipients, visit Dartmouth’s National Scholarships/Fellowships website.