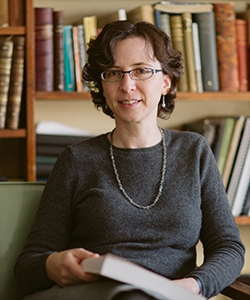 Two Dartmouth professors, Julie Hruby, an assistant professor of classical studies, and Deborah Nichols, the William J. Bryant 1925 Professor of Anthropology, have received the inaugural 2015 Apgar Award for Innovation in Teaching for their new course, “Who Owns the Past?”

The award recognizes and supports innovative teaching initiatives that cross traditional academic boundaries. It is aimed at proposals for team-taught, interdisciplinary courses, particularly those offered by faculty at an early stage of their careers and particularly faculty in the Arts and Humanities.

“The course will address many of the issues that we see in the newspaper every day—looting of archaeological sites by political actors like the Islamic State, repatriation of sacred objects and monuments like the Parthenon marbles, art seized by the Nazis during World War II, and the sometimes fraught relationship among tourism, archaeology, and indigenous people,” says Hruby.

“ ‘Who Owns the Past?’ offers an exciting new opportunity to bring together archaeologists and perspectives across the humanities, social sciences, and sciences to explore this timely topic,” says Nichols. 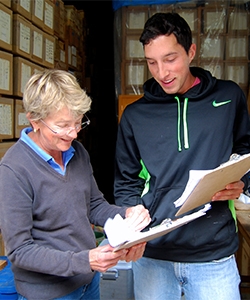 The Apgar Award at Dartmouth is the latest in the Awards for Excellence program that was begun by Mahlon “Sandy” Apgar IV ’62 and his wife, Anne Apgar, in 1982, and is presented annually at 15 leading educational and cultural institutions and professional organizations. This is the first time the award has been given at Dartmouth.

“My wife, Anne, and I established the awards program to reflect our shared commitment to excellence in teaching,” says Sandy Apgar.

The Dartmouth award is given jointly by Sandy Apgar and the couple’s daughter, Sarah Apgar, Tuck ’11.

“The award-winning course exemplifies the goals of interdisciplinary and innovation teaching that the Apgar Award seeks to promote,” says Lisa Baldez, the Cheheyl Professor and director of the Dartmouth Center for the Advancement of Learning (DCAL). “The class will examine how legacies of the past shape contemporary archaeology, museum practices, and current policies to manage the objects and sites that comprise cultural heritage, from the perspectives of a wide range of actors that include governments, tourists, developers, and indigenous peoples.”

If there is one thing that the educational research clearly and consistently demonstrates, it is that the most successful long-term results for students occur when they are able to develop close relationships with their faculty.