The days leading up to Thanksgiving and the busy holiday season are a good time to remember neighbors in need with a gift to the Dartmouth United Way campaign, say co-chairs Gail Gentes and Rick Mills 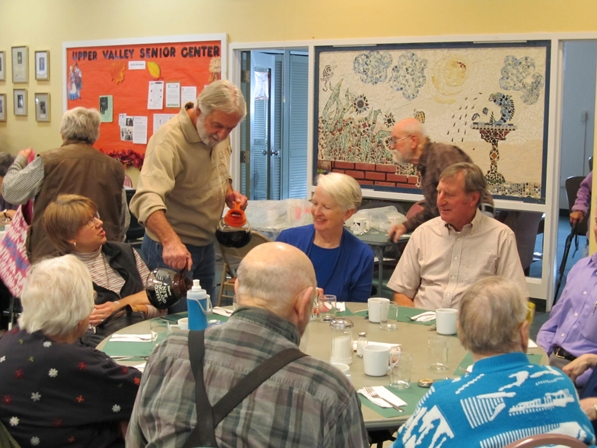 “Dartmouth United Way is halfway to this year’s goal,” Gentes says. “We hope that our faculty and staff who have not yet pledged take a moment during this busy time of year to think of our neighbors who may be struggling, and to offer a Thanksgiving gift by donating to the campaign.”

Mills says that a gift to the United Way provides help all year.

“Whether it is serving special holiday meals, helping winterize homes, or funding summer camp tuition, our Granite United Way agencies are providing critical support in the Upper Valley every day. This work supports children, seniors, and working families in our community with a hand up to success,” says Mills.

This year’s campaign, running from Oct. 15 to Dec. 15, is shorter than in past years. At the midpoint, the campaign is half-way to the fundraising target and 90 percent of the way to the goal of 100 new donors, says Gentes.

“We are hoping for a big finish to this year’s campaign,” says Gentes.