While Donald Trump’s call to ban Muslims from entering the United States continues to dominate the news, three Dartmouth professors say what matters as much as the remarks is the political response they provoke. 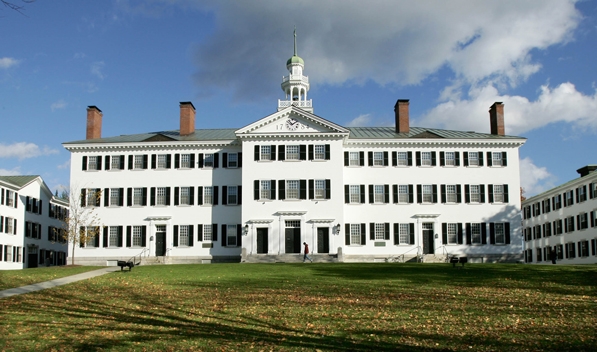 Brendan Nyhan, an assistant professor of government, has written and commented extensively on Trump’s apparent immunity to fact checking by the mainstream media and the reluctance of the other Republican presidential candidates to confront him. After Trump’s latest statement, that appears to be changing, Nyhan says.

“Trump thrives on conflict and likes to generate press coverage for his own purposes, which often benefits him because critical coverage from the mainstream media isn’t especially persuasive among GOP primary voters. But now that top Republicans are starting to criticize him more aggressively, I think we’ll see his claims face greater scrutiny,” Nyhan says.

Susannah Heschel, the Eli Black Professor of Jewish Studies at Dartmouth College and chair of the Jewish Studies Program, was preparing to appear at a Boston University forum on combating anti-Islam bigotry when she saw the news alert about Trump’s suggestion of a Muslim immigration ban.

“Trump has crossed the line that violates the principles of this country legally and morally,” Heschel says.

Religious and political leaders have to make clear to Trump—and to all candidates lashing out at a group based on religion or ethnicity—that such behavior damages the United States, says Heschel, whose work focuses on Jewish-Christian relations in Germany during the 19th and 20th centuries, the history of anti-Semitism, and Jewish views of Islam.

Denunciation of Trump from political leaders across the spectrum was rapid. Republican presidential rival Jeb Bush suggested Trump was “unhinged,” former Vice President Dick Cheney, a Republican, said Trump’s proposal “goes against everything we believe in,” and the Obama administration said such reckless statements disqualify Trump for the presidency.

Benjamin Valentino, an associate professor of government, says the wide coverage of Trump’s remarks about Muslim immigration does not reflect a shift in American political opinion.

“It’s important to keep this in perspective. The vast majority of Americans don’t agree with this kind of demagoguery,” says Valentino, whose work focuses on the causes and prevention of atrocities. Of greater concern, he says, is the effect anti-immigrant rhetoric has on the country’s willingness to respond to the Syrian refugee crisis.

“It’s very disappointing to me because we’ve set up this really tragic situation where people who are just trying to flee from violence and war—most of whom are women and children—are being labeled as terrorists and, as a result, they are not going to find places to go,” he says.

“The No. 1 lesson from the Holocaust about what the world can and should do—what our moral responsibilities are in cases of widespread, targeted attacks on civilian populations—is to support those people who are just trying to flee from violence and war.”