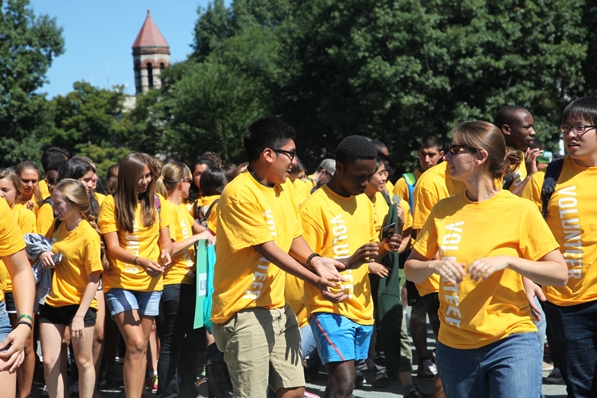 Dartmouth United Way volunteers take part in a Day of Caring celebration on the Dartmouth Green last year before heading out to work at participating Upper Valley nonprofits. (Photo by Corinne Arndt Girouard)

With less than two weeks left to pledge, Dartmouth United Way campaign organizers are appealing to the College community to help this year’s campaign meet the goal of raising $295,000 to support services for the financially vulnerable in the Upper Valley.

“It doesn’t matter how much one gives, but rather that they give,” says campaign co-chair Gail Gentes. “Giving demonstrates that the College cares about the people who live in our community.”

As of Monday, the Dartmouth campaign had surpassed its goal of attracting 100 new donors, with a total of 124 first-time United Way supporters. But at $182,759, the fundraising effort is still shy of this year’s fundraising target of $295,000 by Dec. 15.

Katie Kobe, director of development for Granite United Way, says Dartmouth has long been one of the most consistent supporters of Granite United Way in the Upper Valley, through both volunteer work and the annual campaign. The College provides nearly 25 percent of all United Way funding in the region, she says.

“Dartmouth College is the Upper Valley’s largest and most in-depth campaign. Their leadership and commitment to Granite United Way allowed us to award grants to 44 programs run by 34 nonprofits serving the Upper Valley this year,” says Kobe.

By pooling donations with colleagues and co-workers, the Dartmouth United Way campaign is an effective way to have a big impact in our region, says Rick Mills, Dartmouth’s executive vice president and the campaign co-chair.

“United Way offers people the tools and organizational support so that they can build better lives for themselves and their families,” Mills says.

Additionally, says Gentes, “we want to support as strong a community as possible. The more people who give, the stronger it makes us all.”

Donations can be made in a number of ways, including by going to the Dartmouth United Way website and clicking the “Donate Now” button. 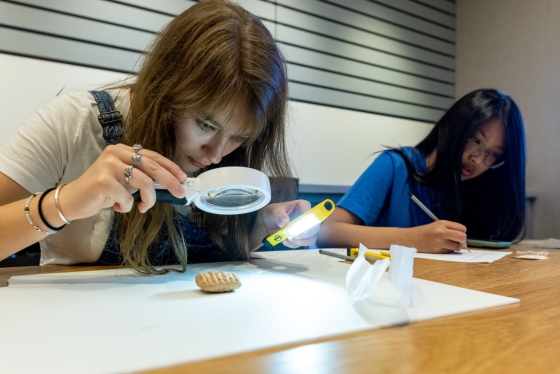