A poet who was a visiting lecturer at Dartmouth this fall has just landed on a select list of authors in line for a prestigious PEN literary award. Vievee Francis is among nine writers vying for the Open Book Award “for an exceptional book-length work of literature by an author of color published in 2015.” 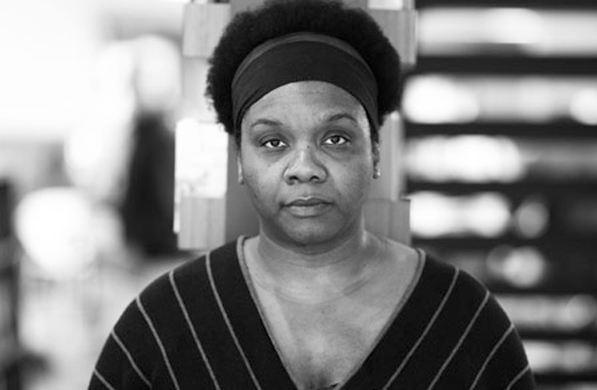 “Vievee Francis brought to Dartmouth prodigious talents as a poet and teacher,” says Provost Carolyn Dever. “Her themes are universal—nature, civilization, beauty—but she brings to them the eyes and ears of a woman of color.”

Francis says she was delighted to learn of the PEN nomination.

“I was surprised and quite excited to be longlisted for the prize. When I consider how many extraordinary books were published in 2015, I realize what an honor this is. Some of my favorite writers are on the list so I couldn’t be more pleased just to be in such company,” she says.

Francis’ second book, Horse in the Dark (2012), won the Cave Canem Northwestern University Press Poetry Prize. Her first book, Blue-Tail Fly (2006), takes a poetic view of the years between the beginning of the Mexican War and the end of the Civil War. Up for the PEN award is Francis’s third book, Forest Primeval: Poems. It was published in November by Northwestern University Press.

“Who wouldn’t follow her as ‘her eyes scan the horizon for the promise of more,’ when she offers so much more here than a turn of a phrase; these poems build a world we all want to inhabit, even when times are tough, and they recall a world we’ve survived enough to celebrate in a manner that’s both dignified and primal like ‘eloquent tambourines’ on a Sunday morning,” Van Jordan writes on the publisher’s website.

“I have had a wonderful teaching experience as a visiting professor of poetry at Dartmouth. My students went well beyond what was expected. Further, some of the students really bonded, writing and reading poetry together outside of class,” says Francis.

“I find the writing scholars at Dartmouth to be ambitious, critically astute, and talented, thus very rewarding to teach. Also, it was a delight to have visits from young poets and writers who weren’t in my classes but just wanted to chat and share work. And it should be noted that Dartmouth is quite lovely. Going to the library or to my office was a pleasure every time. I was thrilled to be teaching with faculty so gifted. The memories I have made will be lasting,” she says.

English Department Chair Patricia McKee says that “students and faculty found her an exciting poet and a stimulating and generous teacher and colleague.”

In an interview with Muzzle Magazine, Francis talks about how she came to be a poet. “I didn’t study poetry in college,” she says. “I think I had a class for a week and a half before I dropped it as an undergrad. I read other poets and practiced. I read and I practiced. And I gravitated toward other serious poets. I loved their company and I learned by listening as well.”

Poetic mentors, she says, were hard to find as she embarked, self-taught, on her career. That’s why she is passionate about mentoring her own students.

“I tell my private students as well as those in the classroom not to rely on someone else telling them they’re good, to develop the will and discipline and curiosity to study and work on their own, and learn to discern for themselves where they are and where they need to be,” she says in the interview. Black women poets, she says, encounter barriers that may not be experienced by their white male counterparts. But Francis is undeterred.

Her readers include, this year, discriminating judges. The finalists for the Open Book award will be named on February 2, and the winner will be announced at the awards ceremony in New York City on April 11.