A select group of postdoctoral scholars from across the country are on campus as members of the first-ever Society of Fellows at Dartmouth. They are sharing their expertise in timely topics such as drones, climate change, Mexican politics, and the trauma experienced by refugees.

President Phil Hanlon ’77 announced plans to create the society in his 2013 inaugural address. Bringing dozens of highly qualified postdoctoral fellows to campus would make a “dramatic investment in the future,” President Hanlon said. “They will be chosen from across the full range of academic disciplines, and allowed the time and mentorship to develop their research and gain diverse scholarly perspectives from our faculty. They will learn the art of teaching from the true masters on this campus, while bringing to Dartmouth their own unique passions and innovation.”

Five Scholars Named to the Society of Fellows

The fellows create “a middle stratum” between undergraduate students and professors, says Randall Balmer, faculty director of the Society of Fellows program and the John Phillips Professor in Religion. “These are young people excited about their work who, just out of graduate school, are up on all the latest literature and are aspiring scholars. And I think they have the potential of energizing undergraduates and faculty members as well.”

Only a few months after arriving on campus, the fellows are already finding ways to chart the next phases of their careers together, although their research interests are diverse. They are building an interdisciplinary community among themselves and with the seven faculty fellows who serve as mentors and teaching role models.

Junior fellows meet each week over lunch to present work in progress. There are also monthly dinners with the faculty members who are senior fellows. Sometimes a one-word theme, like “particle” or “surveillance,” spurs discussion. But more and more, fellows say, conversation is unfolding naturally in each other’s offices and in the common space they share on campus in the United Church of Christ building.

Wherever they gather, the fellows are getting to know Dartmouth and each other. 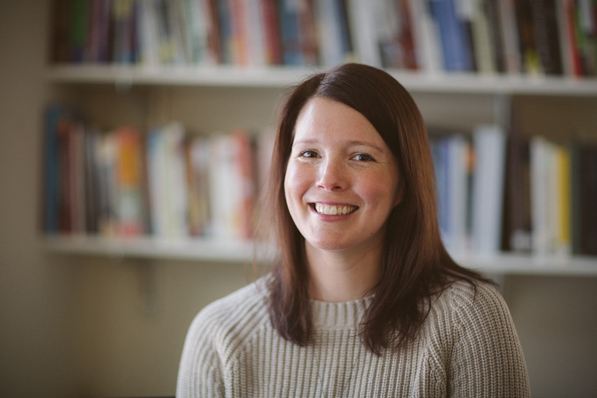 Katharine Kindervater is studying the use of drones in warfare. They aren’t as ultra-modern as they may seem.

“My work is historical,” Kindervater says of the dissertation she wrote at the University of Minnesota. Kindervater enrolled as an undergraduate at Wesleyan University “right when 9/11 happened, so it’s always been an interest of mine. The shift to drones has intensified since I started my research. That led me to the general question, ‘How did we get here?’” Her dissertation spans several periods and locations: “World War II, early British efforts, and U.S. drones in the Cold War and Vietnam as well as the late 1990s in Kosovo.”

Kindervater lives in Lebanon with her husband, Garnet Kindervater, a political theorist and lecturer in Dartmouth’s geography department. 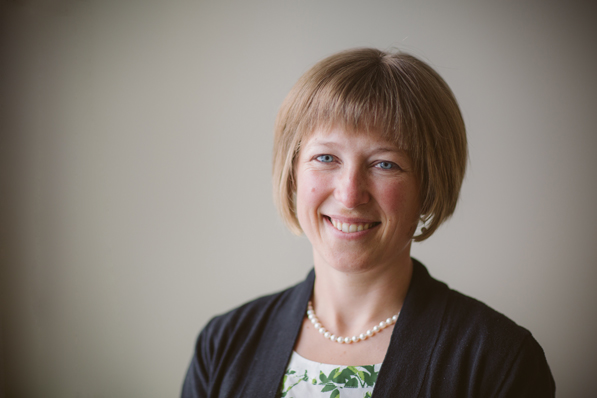 Koffman believes dust that was pulverized by massive glaciers covering the island may have helped chill the planet 30,000 years ago. Her dissertation, “Atmospheric Dust Deposition in West Antarctica over the Past Two Millennia,” examines changes in Southern Hemisphere wind patterns and climate as well as past volcanic eruptions. She earned her PhD from the University of Maine and held a National Science Foundation postdoctoral fellowship in polar-regions research. At Dartmouth, Koffman is advancing her study of climate and wind patterns by analyzing atmospheric dust deposited on polar ice sheets. “From a science standpoint I am working with a really great crew,” she says. “Professor Erich Osterberg is leading some ice-coring efforts that I’m really excited to be involved with, and I’m bringing my knowledge of dust analysis to that group.”

There was also a personal pull to the area. “My boyfriend has been living in Vermont for the past eight or nine years—we had been living a few hundred miles apart the whole time we had been dating, so I was excited to move to the area so we could be together,” says Koffman. “I’m really into paddling and biking and skiing. I like contradancing and I play old-time fiddle. So this is a wonderful place to do all the things I love to do.”

Caitano da Silva shares Koffman’s interest in the ways winds blow and what they carry.

But instead of inspecting ice, da Silva, who earned his doctorate at Penn State University, looks at electricity in our planet’s atmosphere, namely lightning discharges. Da Silva comes from Brazil, which he says is the country with the highest number of lightning strikes on Earth. During his PhD studies, de Silva investigated electrical discharges called ”gigantic jets.“ “Normal lightning escapes a thunder cloud downwards, discharging the electrified cloud to the ground,” he says. Gigantic jets, on the other hand do something else. “Under very rare conditions, they escape the thundercloud upwards, propagate tens of miles towards space and discharge a thunderstorm to a conducting layer around the Earth called ionosphere,” he explains. Gigantic jets have the potential to play an important role in chemistry of the ozone layer and in the global electric circuit, a fact that is still under strong scrutiny and debate, da Silva says. At Dartmouth, he is working on a number of projects to investigate additional mechanisms of electrical coupling between lightning and the near-Earth space environment.

Da Silva is enjoying the intellectual exchange among the junior fellows. “I really enjoyed hearing Kate talk about drones,” he says. “I had no idea how important their political impact is on our society.”

Da Silva lives in the Upper Valley five days a week. During weekends, he joins his wife in Amherst, Mass.

Vanessa Freije also has an interest in politics—especially in Mexico.

For her PhD from Duke University, Freije wrote a dissertation titled “Journalists, Scandal, and the Unraveling of One-Party Rule in Mexico, 1960-1988.” She came to Dartmouth’s Society of Fellows to find “sustained interdisciplinary engagement.” Freije also wanted a place where she could turn her dissertation into a book. “Mexico was ruled by one party for 70 years, and it’s really interesting to try to understand the question of how one-party rule eventually ended in a relatively peaceful way in an election.”

More typically, she says, a single dominant party is unseated violently. Freije says a culture of political scandals and the journalists who uncovered them were “very important in creating dissent” in Mexico. But sometimes, she says, the elite insiders who leaked incriminating stories lost control of the narrative that journalists constructed from them.

Growing up in San Diego, Freije has always been fascinated with Mexico. Her husband, Daniel Bessner, shares her global outlook. He is a post-doctoral fellow at the John Sloan Dickey Center for International Understanding.

Like Freije, Yvonne Kwan is a social scientist. Her focus is on trauma experienced by Cambodian refugees.

Kwan was born and raised in southern California. Her work on refugee trauma is inspired by her husband’s family, who had narrowly escaped the brutal Khmer Rouge regime.

“They were just always afraid of things,” she recalls. But their anxiety didn’t surface in horrific stories. It came out in subtler ways. One time her father-in-law was defrauded and he had to prove his identity, “but because he was persecuted by the Khmer Rouge, he was afraid of all government entities tracking him down; he put utility bills in other peoples’ names, so he couldn’t prove who he was,” Kwan says.

Incidents like that led Kwan to study the sociology of violent histories passed down from one generation to another. Her dissertation at the University of California at Santa Cruz, “Encountering Memory and Trauma: Transgenerational Transmission of Trauma in Cambodian Americans,” is largely based on interviews with college students. She wants her research to inform the way health services for refugees are designed and delivered.

In the Society of Fellows, she’s adding a historical dimension to her work. “I just finished an article that investigates recently released archival data on the state and military records regarding the United States’ intervention in Cambodia,” Kwan says. As her own research becomes interdisciplinary, Kwan often turns to other fellows in the Society for ideas and inspiration. “Sometimes it’s difficult when you’re an academic, to talk to other people. You’re so immersed in your tiny subfield,” she says. “But we get along. We understand each other perfectly fine.”

That’s what Randall Balmer likes to hear as the program continues to grow.

Balmer says the plan over the next several years is to bring 24 scholars into the society, each spending three years at Dartmouth. No teaching will be expected in the first year, but by the second and third years the new academics will each teach one course per year. In their first year fellows will present work already in progress upon their arrival on campus. Second-year fellows will present an article or a chapter written while at Dartmouth, and in the third year they will talk about their future career plans.

The Society of Fellows accepted, this first year, only five fellows from more than 1,700 applicants.

“What we wanted were interesting people,” Balmer says. “People who are capable of sustaining a conversation beyond their narrow academic interests and who are excited about engaging the life of the mind.”