The annual BioArt competition highlights scientific images that are both beautiful and illuminating. In 2015, two images from Dartmouth earned honors at the competition, one each from the labs led by Thomas Jack and Mary Lou Guerinot, who are both professors of biological sciences. 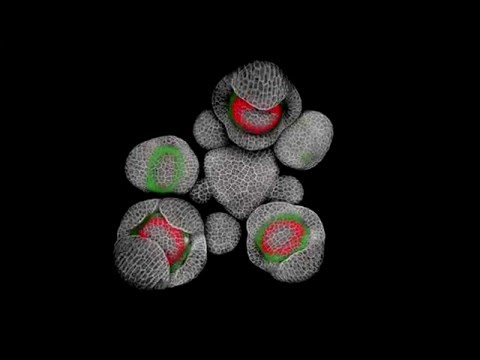 In this video, Jack talks about his image, a micrograph of flower buds from the plant Arabidopsis, a model organism used in much scientific research, including Jack’s work on plant molecular biology. The image shows the expression of two genes: in red, the gene SUPERMAN, and in green, the gene APETALA3. Contrary to conventional wisdom in the field, Jack explains, the image showed that the expression of these two genes did not completely overlap.

“Scientifically, it was an important experiment,” he says.

See more images from the 2015 BioArt competition, including a winning image from Guerinot, on the BioArt website.